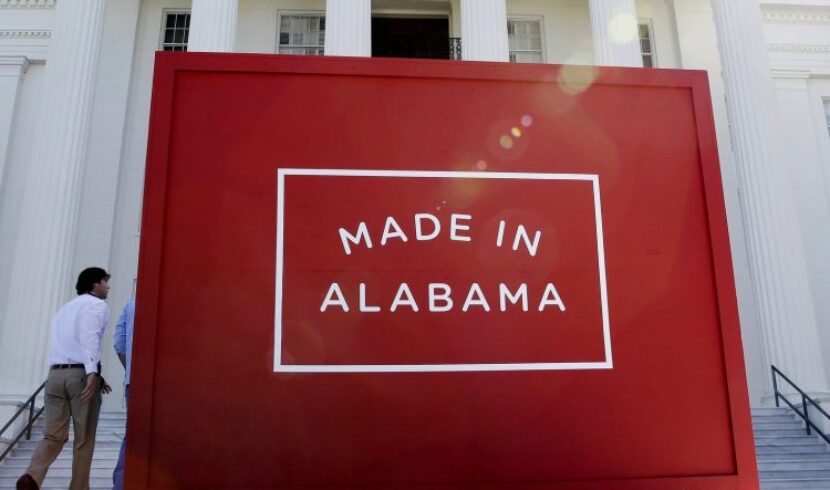 In the wake of the Mazda-Toyota project announcement, state leaders are looking ahead to make sure Alabama doesn’t miss out on the next big opportunity.

Legislation filed recently in the House of Representatives is intended to clean up and modernize the state’s incentives and reporting statues and address a potential pitfall that state and local economic developers say could severely affect their ability to compete.

“With Toyota-Mazda now done, we need to do a little house cleaning in the Alabama code as far as incentives are concerned,” Johnson said. “Incentives are a fact of life for industrial recruiting, but we need more transparency and accountability in the process.”

One small but significant change the bill seeks is clarifying the definition of economic development incentive to make sure site selectors, local chamber of commerce officials, and other economic development professionals aren’t unnecessarily forced to register as lobbyists.

The 2010 overhaul to Alabama’s Ethics Code required those seeking to do business with the Executive Branch to register as lobbyists with the Ethics Commission. Before, those lobbying the governor or cabinet officials for prison, Medicaid, mental health, or other executive contracts were not required to register as lobbyists like those seeking to influence state lawmakers are.

Though unintentional, that law could be interpreted to apply to a project site selector or local chamber of commerce director who wants to approach the state about a potential economic development project. Because major projects like Toyota-Mazda are secretive in their early stages, state and local leaders say requiring site selectors to register and disclose the name of their client is more than enough to spook away a project.

The Alabama Ethics Commission recently voted to allow the legislature time to clarify the law rather than issue an advisory opinion that could have been damaging to job recruitment efforts. Commission Chairman Jerry Fielding said lawmakers now have the opportunity to clear up any confusion as far as the definition of economic development is concerned.

“Everyone seemed to agree this could be a real hindrance to (Secretary of Commerce Greg) Canfield and Commerce’s recruiting,” Fielding said. “These site selectors will simply take their business to another state.”

HB-317 would clarify that legitimate economic development activity – defined as seeking legally-authorized incentives for a specific project – does not qualify as lobbying.

Secretary of Commerce Greg Canfield recently made his case for the bill in a letter to lawmakers saying lawyers in competitor states are starting to use the legal confusion against Alabama.

“Simply put, certain site consultants may choose to disqualify Alabama because of their concerns with the law. Additionally, inaction could subject your local economic developers and Chamber of Commerce employees to unnecessary legal liability in their efforts to bring jobs to your communities,” Canfield wrote.[cmsmasters_image shortcode_id=”tl9cd8r07c” align=”none” link=”https://aldailynews.com/wp-content/uploads/2018/01/HB317.Support-1.pdf” animation_delay=”0″]14852|https://aldailynews.com/wp-content/uploads/2018/01/HB317.Support-1-pdf-791×1024.jpg|large[/cmsmasters_image] HB317.Support

From a local perspective, treating economic developers and site selectors like lobbyists under the law could be a big problem, said Amy Brabham, Economic Development Director for the Prattville Area Chamber of Commerce.

“Absolutely, the idea of having individuals register as lobbyists that are looking to work with our state and local communities to bring jobs and investment to the state would be detrimental,” Brabham said.

“This is a competitive business and the best way to count yourself out is to create a system that is difficult. The growth that Alabama and Prattville and other communities have seen is attributed to our collaborative, team approach with the Department of Commerce, site consultants, utilities, and many other partners. Neglecting to fix this would threaten that successful approach.”

Some claim the bill would open the door to abuse, whether by lobbyists or public officials themselves trying to skirt state ethics requirements using economic development as a cover. However, one provision of the bill makes the definition of bona fide economic development activity contingent on seeking specific state-authorized incentives for a specific project registered with the Department of Commerce. Also, the state’s existing prohibition of public officials lobbying or otherwise attempting to influence a government body on behalf of a paying client remains unchanged.

In other words, claiming the theoretical use of economic development as a get-out-of-jail-free card wouldn’t work for lobbyists or public officials.

While the ethics connection generates a lot of discussion, Johnson said his bill is mostly geared toward fixing the transparency requirements in the law.

Current Alabama law requires cities, counties or local development authorities to notify the Alabama Department of Commerce about the use of economic incentives – but only for incentives that no longer exist. HB-317 would update the law to require the same reporting for newer incentives authorized in the Alabama Jobs Act of 2015.

The bill also requires those seeking tax abatements to notify the Department of Commerce, which the law currently does not require. And, the Department itself would be required to publish economic incentive information two years after a project has announced, whereas it can now withhold that information as long as it wants.

“We need to bring our code into the 21st century.”