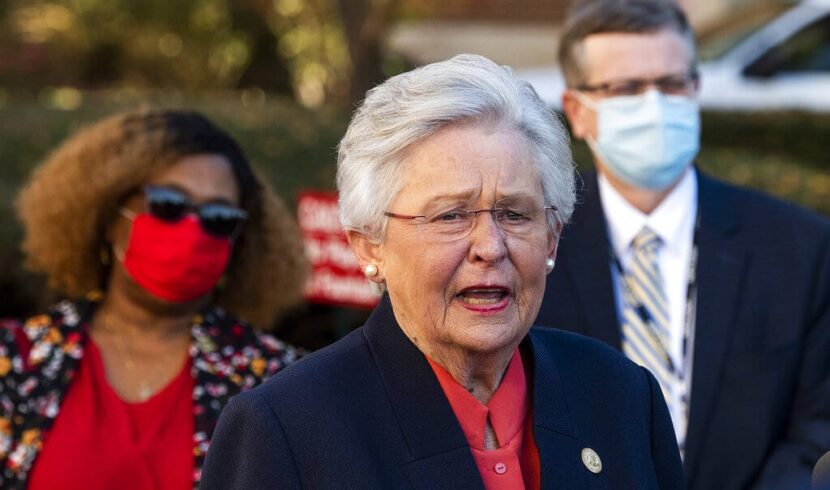 Ivey is expected to announce whether she will extend the order during a Thursday news conference. The statewide mask order has been in place since July. Dr. Don Williamson, the former state health officer who now heads the Alabama Hospital Association, said the group is among those recommending an extension.

“While there has been some improvement in the hospital situation, there are still many more people in hospital than at the height of the surge in July. The continued significant levels of hospitalization, coupled with the emergence of more infectious variations, make mask-wearing even more urgent,” Williamson said.

“The masks are still very, very important,” Nafziger said. “How long will we need to do that? I don’t know. It depends how quickly we get those vaccine doses and how quickly we can get them administered.”

Alabama this week began making vaccines available to people 75 and older in addition to health care workers and first-responders. Thousands of people flocked to health departments and hospitals after receiving vaccination appointments. A state appointment line was overwhelmed with calls taking more than 1 million calls the first day in operation and people expressed frustration at not being able to get through.

“Every person who receives a COVID-19 shot is deserving of one and will receive it, as we are determined to make sure that no vaccine is sitting unused on the shelf. We are making every effort to get shots into arms as quickly as possible,” Harris said.

“We are attempting to manage expectations, because the timeline for receipt of vaccine has not changed and we cannot give people a resource we don’t have yet,” Harris said.

The Alabama Department of Public Health said it has been distributing its full federal allotment to providers in Alabama. Vaccine allocations are based on state population per capita and not on the amount of vaccine on hand.