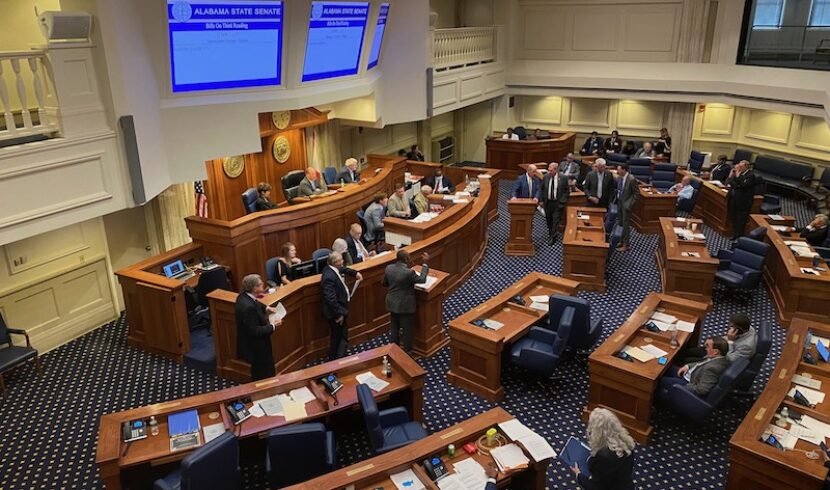 MONTGOMERY, Ala. – A bill to change the state’s “good time” early release law for state prisoners awaits one vote on what might be the final day of this legislative session.

The bill is named for Srgt. Nick Risner, a Sheffield officer who was killed in the line of duty in October. Several Shoals-area lawmakers are trying to advance the bill in the final days of the legislative session. It was approved Wednesday in the Senate Judiciary Committee.

The bill was approved in the House on March 10 on a 99-1 vote as Risner’s widow, Brandy Risner, watched.

Barry Matson, executive director of the Alabama District Attorneys Association, said Tuesday the group is supportive of the bill.

Good time reductions allow prisoners to earn time off their sentence with time that they serve with good behavior.

Currently, prisoners who have been convicted of Class A felony, convicted of a sex offense involving a minor, or sentenced to more than 15 years or death are not eligible for good time.

Risner was attempting to arrest Brian Lansing Martin after Martin allegedly shot someone from a stolen vehicle. Risner and several other police officers engaged in a shootout with Martin, when he then allegedly shot Risner and one other officer and missed a third.

Martin was convicted of manslaughter for killing his father in 2013 and sentenced to 10 years in prison after taking a plea deal. He was released after three years and two months.

Sen. Larry Stutts, R-Tuscumbia, and Rep. Lynn Greer, R-Rogersville, also filed their own bills changing the law after Risner’s death, but Pettus’ has advanced the furthest.