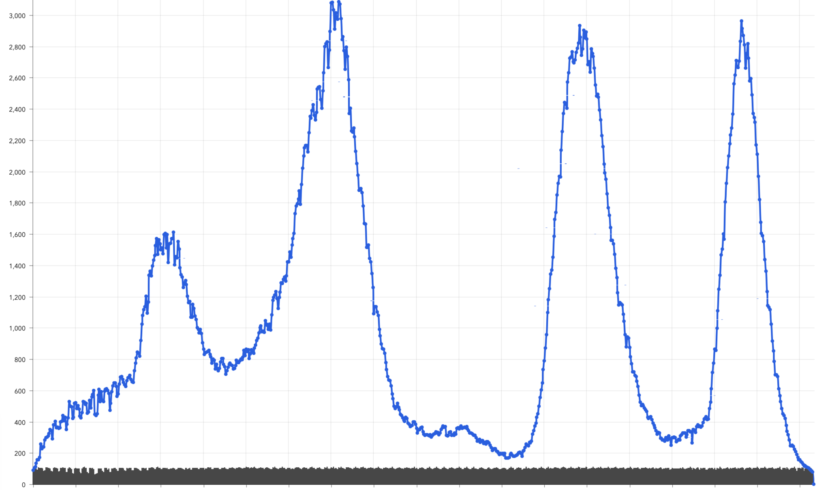 BIRMINGHAM, Ala. (AP) — Fewer people are being treated for COVID-19 in Alabama hospitals than at any time since the beginning of the pandemic in March 2020, but experts say the rise of a new version of the coronavirus combined with fewer safety precautions might mean the decline is only temporary.

Just 90 people statewide were hospitalized with the coronavirus on Friday, which was one fewer than the tally at the very start of the pandemic, statistics showed. It was far less than the highs of roughly 3,000 patients who were being treated at once when the outbreak was at its worst.

Dr. Michael Saag, an infectious diseases expert at the University of Alabama at Birmingham, said the statewide trend matches what he is seeing at the hospital there. While the rise of a new omicron variant called BA-2 could cause more hospitalizations, he said, it could be that so many already have been infected in the state that the new version won’t make much of a difference.

The head of the Alabama Hospital Association, Dr. Donald Williamson, said he expects to see an increase in COVID-19 because of the new variant and the fact so few people are wearing face masks and taking other precautions, but it’s impossible to determine how large the hike might be.

More than 19,200 people have died of COVID-19 in Alabama, the nation’s third-highest death rate at nearly 395 fatalities for every 100,000 residents, according to researchers from Johns Hopkins University. While the rolling average number of daily new cases increased by 33% over the last two weeks, the state released a new batch of older test results that may have affected the statistics.

While it’s reasonable to relax mask requirements given the overall improvement, Saag said, people at higher risk for illness likely will continue to wear them.

“For the rest of the population, we can begin to get back to some semblance of ‘normal,’ with the caveat that public health officials will continue to monitor the case load,” he said in an email. “Should a new spike in cases, and especially hospitalizations, occur, we should reinstate masking recommendations.”