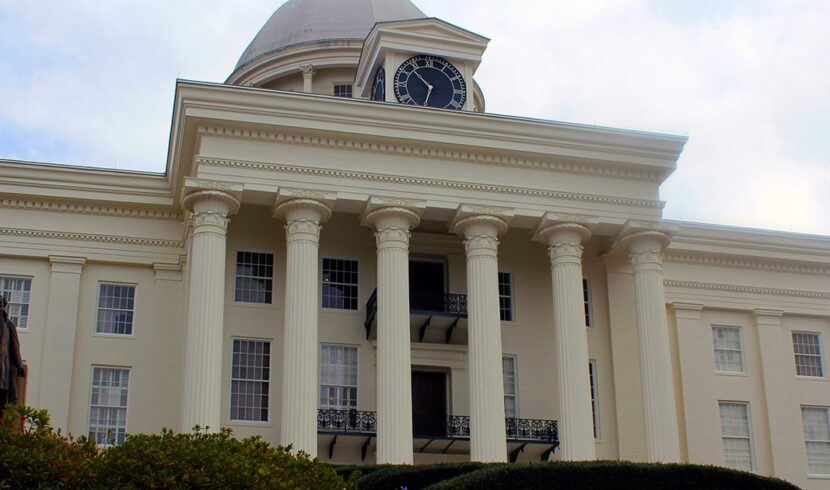 MONTGOMERY, Ala. (AP) — The two candidates seeking to fill the vacant office of lieutenant governor say they want to use the position — which has limited official powers — to drive the political conversation in Alabama.

Republican state Rep. Will Ainsworth of Guntersville and Democratic minister Will Boyd of Florence are vying for the job that has been vacant since April 2017, when then-Lt. Gov. Kay Ivey succeeded Robert Bentley as governor. Bentley stepped down amid an impeachment push.

The lieutenant governor presides over the state Senate, votes in case of a tie and makes a number of board appointments. The position is most notable because the officer holder takes over as governor if the governor dies, steps down or is impeached. Senators, if they choose, can give the lieutenant governor additional powers, such as the ability to assign bills to committee.

While both men said they want to steer the political conversation, they described different directions. Both cited education and economic development issues, but Boyd also named Medicaid expansion as a priority. While Ainsworth sponsored 2018 legislation to arm teachers, Boyd is critical of such measures. Boyd said a priority for him will be making sure that there are more “working people” on state boards.

Ainsworth is a rancher and the owner of a sportsman’s lodge and founder of a prominent hunting and fishing expo. He was elected to the Alabama House of Representatives in 2014, where he was sometimes a vocal critic of some senior GOP office holders.

“After seeing some of the scandals and the corruption over the last four years, I decided I wanted to move up and help cast a vision for our state,” said Ainsworth who pokes fun at himself in a TV ad noting he’s “always bald, sometimes loud.”

Ainsworth said he sees the role as a liaison between the executive and legislative branch, and would work to help Ivey to pass her legislative agenda if she returns to the governor’s office. Ainsworth said he wants to use the “mantle of the office” to push such issues as education and economic development.

“I think you have the ability to shape the conversation by being a statewide elected official, the only on in the Senate and House,” Ainsworth said.

In his legislative tenure, Ainsworth sponsored the 2015 legislation that allowed the state to participate in an interstate database to remove voters from rolls who had registered in other states. He also proposed legislation in the wake of the Florida school shooting that would allow certain teachers to carry or access firearms in the classroom. The bill did not pass.

Boyd is the presiding bishop of Zion Ministries and the pastor of the historic St. Mark Missionary Baptist Church in Florence. He unsuccessfully ran in last year’s Democratic primary for U.S. Senate.

He said he similarly sees the role as someone who can advocate on issues. He cited education, workforce development and Medicaid expansion under the Affordable Care Act.

“I think the lieutenant governor is someone who can use that particular office as a bully pulpit to speak to the issues of the great state of Alabama,” Boyd said.

Boyd said that while the state is boasting of record unemployment, “in reality we have 75,000 people who are still out of work” and thousands of jobs that can’t be filled “because we lack the proper skillsets that are needed.”

He also criticized “regressive” aspects of Alabama’s tax structure, including the fact that the state places a sales tax on food. He said that burdens middle and low-income households.

Boyd said another emphasis for him will be increasing diversity on the state boards and commissions where the lieutenant governor makes appointments.

The position of lieutenant governor decades ago wielded more influence in the state Senate. Senators stripped the position of much of its power and gave the duties to the senator who is elected president pro tempore.