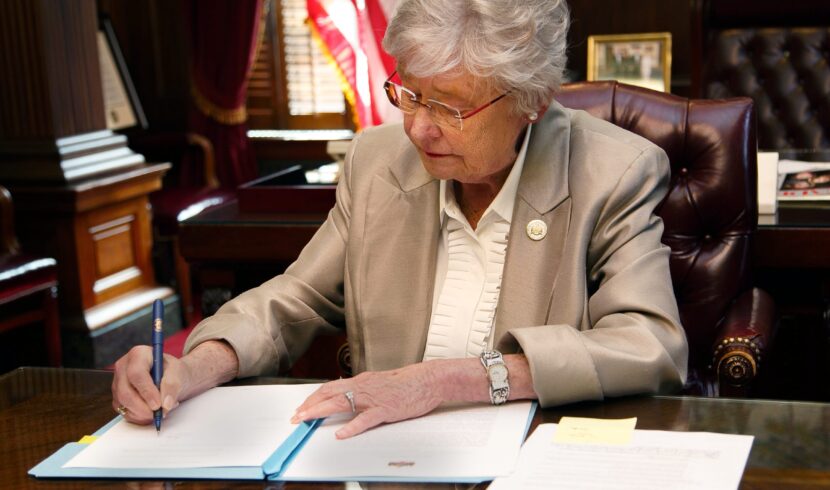 The once-boring 2018 election cycle took a turn for the dramatic this past week, but for all the wrong reasons.

Gov. Kay Ivey experienced what no public official wants or deserves when unfounded rumors and speculation about her personal life became a media firestorm. Now that the dust has settled, what happened is a case study in how to handle a high-stakes political story – and how not to.

Ivey’s opponent in the Republican Primary, Birmingham minister Scott Dawson held press conferences in Decatur, Birmingham and Mobile calling into question to a State of Alabama grant to an LGBT organization made on Ivey’s watch (although the grant actually started under Bentley). The now-defunct group, Free2B, offered counseling and support to teens who are being bullied or considering suicide because of their sexual identity. The Governor’s Office said the grant was pass-thru federal money that the state doesn’t really have a say in, but the grant writing agency ADECA is auditing the group for its apparent mishandling of funds.

Dawson said the grant “betrayed Alabama values,” and went out of his way to say that he didn’t “want to fuel any rumors.”

Well, fuel rumors was exactly what he did. That same day, retiring State Rep. Patricia Todd took to Twitter to audaciously and recklessly claim that Ivey was a lesbian. If Dawson’s announcement was the fuel, then Rep. Todd’s tweet was the spark to the tinder box of Alabama news media, and the firestorm ensued.

That’s a critical moment for any public official and their advisers, particularly a sitting governor in the midst of a campaign. To their credit, the governor and her team handled the situation well.

Ivey, who has been married twice, made it clear she isn’t gay. Within an hour, her campaign responded forcefully and categorically to Rep. Todd’s taunt, calling it “a disgusting lie pushed by a paid liberal political hack.”

The next day, Ivey sat down with a dozen television stations from around the state to correct the record and say how disappointed she was with the tenor of the attack.

“Shame on her,” Ivey said of Rep. Todd on WSFA. “Nobody should be spreading lies about another human being. That’s just not what you are supposed to do. I’m shocked and appalled an elected official would do such a thing.”

The week-long episode, from the scurrilous claims to the response and fallout, may have ended up helping Ivey politically. Many Alabama voters – including many conservatives – will see her as the victim here, and they will be right. Sure, there might be a handful of major league homophobes out there who will believe juicy gossip over Ivey’s word. But, I’m not sure those were ever her voters anyway.

Perhaps the biggest way it helps Ivey is by effectively inoculating her from future attacks. The next time one of her opponents or an outside group cries “wolf,” voters will be a lot less inclined to believe it thanks to this badly-executed and salacious attack.

The smear also backfired on those responsible for it.

Rep. Todd, who is a lesbian, committed a pretty big gay community no-no by attempting to “out” another person and it literally cost her her job. Within days, the Florida-based gay rights group that had hired Todd as its executive director rescinded the job. Rep. Todd explained that she was frustrated and offended when Ivey distanced herself from the mission of the LGBT group in question and overreacted. She took responsibility for her actions, but stopped short of apologizing.

Dawson took a beating in the media, including on conservative talk radio, for his role in bringing the story to the surface. He insists that he never intended to initiate gay rumors, but that wasn’t enough to satisfy radio hosts from Huntsville to Birmingham to Montgomery. Or me, frankly. Releasing information about a grant to a questionable organization is perfectly fair. But, flying around the state to connect the governor to an LGBT group and saying “I don’t want to fuel any rumors” is exactly the kind of thing you do to fuel rumors. I don’t think Dawson coordinated with Rep. Todd, but he would have to be comically naive to not know what would happen next.

It may have broken the monotony of an otherwise uneventful campaign, but this ordeal was unfortunate and unnecessary. Hopefully, we’ll get back to boring real soon.

Todd Stacy is the publisher of the Alabama Daily News. His 15-year career in Alabama politics spanned from the State House in Montgomery to Capitol Hill in Washington, D.C. Subscribe for free to his Daily News Digest for political news and analysis at www.ALDailyNews.com.

As Chairman, Shelby takes on an Appropriations culture problem