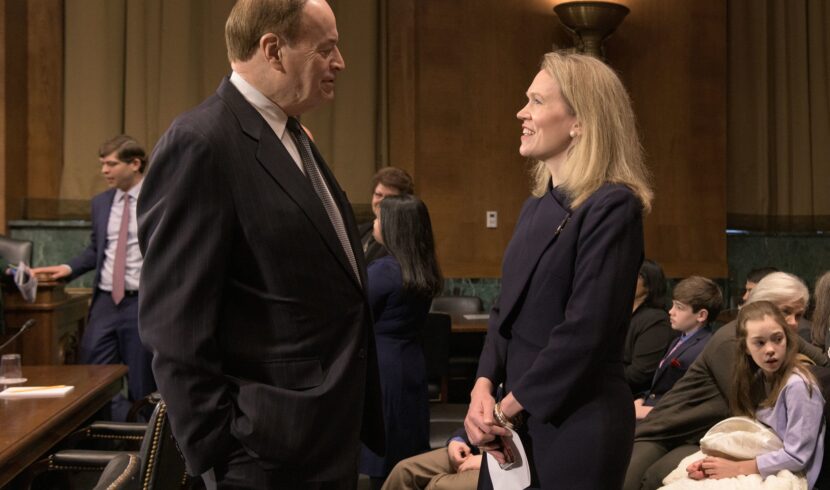 From staff and wire reports

The U.S. Senate on Wednesday confirmed Anna Manasco of Birmingham as a U.S. District Judge for the Northern District of Alabama. Manasco was nominated for the federal judgeship by President Donald Trump in February. Following her nomination, she appeared before the Senate Judiciary Committee for consideration and was reported out of the committee with bipartisan support.

“Anna Manasco is immensely qualified to be a U.S. District Judge, and her confirmation by the Senate (Wednesday) is a victory for Alabama and the entire nation,” Sen. Richard Shelby said in a written statement. “Her extensive litigation experience, academic accomplishments, and strong commitment to upholding the rule of law as it is written make her the ideal candidate for this role. I am confident she will serve honorably, exhibiting fairness and impartiality.”

Separately, Alabama’s solicitor general has been nominated to serve as a judge on the federal bench.

Trump has officially named Edmund G. LaCour Jr. to fill a vacancy on the U.S. District Court for the Middle District, the Associated Press reported Wednesday.

Before joining the Alabama Attorney General’s Office in 2018, LaCour was a partner in the Washington, D.C., law office of Kirkland & Ellis, LLP, where he represented clients before the Supreme Court, courts of appeals, and trial courts.

The U.S. Senate must confirm his nomination.