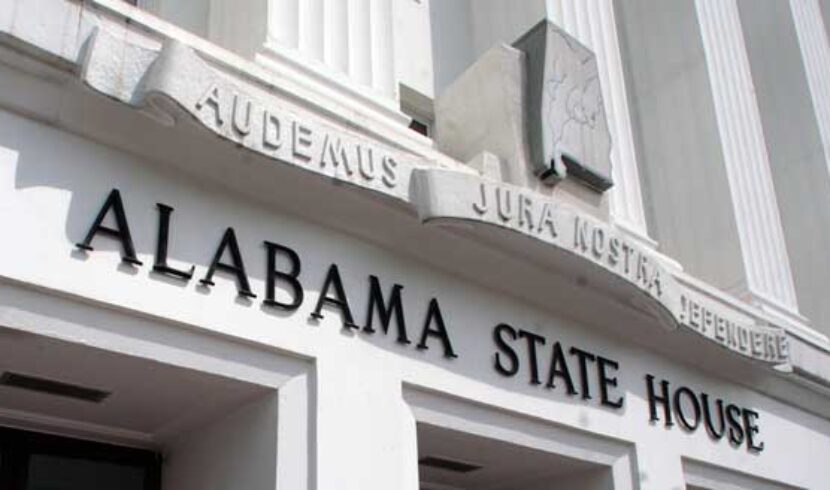 A gas tax increase and infrastructure bill hasn’t yet been filed in the Alabama Legislature, but some lawmakers are already arguing that their areas need more of the new revenue than others.

A few say their support for a gas tax bill will depend on what’s in it for their districts.

“I want to support an infrastructure plan and I want it my way, yes,” Sen. Greg Albritton, R-Range, told Alabama Daily News this week. His district includes part of Baldwin County and the entire region and state are impacted by commerce and transportation in Mobile, he said.

In north Alabama, Sen. Tom Butler, R-Huntsville, is ready to fight for more infrastructure money for the city that’s on track to be the state’s largest. Manufacturing expansions are bringing thousands of new jobs to the area, including parts of Limestone and Morgan counties, he said.

“It’s time for the state to take care of our road needs,” Butler said.

A gas tax increase — the first since 1992 — is expected to be a major issue in the legislative session that starts March 5. Details, including the proposed increase amount and distribution of new revenue, aren’t yet available. But money will be directed separately to the state, counties and municipalities. Negotiations are ongoing between cities and counties as to how they’ll split new revenue.

Greg Cochran, deputy director of the League of Municipalities, said the organization has heard from leaders in multiple parts of the state about why their regions need a bigger chunk of any new money. He said they’ve been told that isn’t possible right now.

“Whatever moneys we receive at the end of the day will be carved out equally,” Cochran said.

Using $1 as an example, Cochran said the first 15 cents would be divided equally among the 462 municipalities. The remaining 85 cents would be split based on population.

Similarly, Sonny Brassfield, executive director of the Association of County Commission of Alabama, said he didn’t see a way to allocate specific amounts of money to specific communities.

That may not work for some lawmakers.

“We have the equivalent of the Iron Bowl every weekend in Baldwin County,” Sen. Chris Elliott, R-Daphne, recently told ADN. “It’s all about return on investment and investing in areas that are generating revenue…

“If you’re not part of making the pie, you aren’t getting a piece.”

“But I would certainly interject that as they get more visitors, they get a lot more tax revenue dropped in their area from those visitors,” he said.

Rep. Bill Poole, R-Tuscaloosa, plans to sponsor the infrastructure bill. He expects a lot of debate on revenue distribution.

“It would be my hope that in any proposal, every area, every part of the state is treated fairly with respect to any distribution model,” Poole said.

He also said lawmakers’ lobbying for road projects in their areas shows a need for a gas tax increase.

“Anything is possible in the legislative process, but to the extent that we’re going to identify any municipality or county and say, ‘You’re going to get something special,’ and treat it differently — I do not think that would work,” Poole said.

Poole’s bill will likely go first to the Transportation, Utilities and Infrastructure Committee, chaired by Rep. Lynn Greer, R-Rogersville. This week, he said getting a gas tax all can agree on won’t be “a smooth ride” but can be done.

“To get the votes to pass it, ALDOT may have to sit down with folks and say, ‘This is what we’re going to have to do in your county,’” Greer said.

Like Poole and Cochran, Greer said the bill has to have something for all parts of the state, including the rural Black Belt.

Rep. Margie Wilcox, R-Mobile, said this week that she’d like to see a plan to prioritize major road projects. Choosing projects needs to be transparent and fairly done, she said.

Cochran said there is one possible state-level project in the infrastructure plan. State-level dollars could be earmarked for the Port of Mobile and used to get federal matching funds.  Improvements to the port would improve commerce statewide, Cochran said.

Improving Alabama’s port has been a major priority for U.S. Sen. Richard Shelby, R-Tuscaloosa. As Chairman of the Senate Appropriations Committee, Shelby might be in the best position of his long career to direct funds back to Alabama.

Shelby told ADN that he recently went on the Senate Environment and Public Works Committee to ensure Alabama has a seat at the table if and when Congress considers a federal infrastructure plan.

“I wanted Alabama to be represented if there’s a big infrastructure bill because they don’t come along but every so often,” Shelby said. “And Alabama has some infrastructure needs.”

Shelby said it was important for the state to consider its own infrastructure funding plan, including for the Port of Mobile, because federal legislation would likely including matching funds to reward states who commit revenues of their own.

“That’s important because we match a lot of their money. What we also need is a big infrastructure bill here,” Shelby said.

“We haven’t gotten to that point yet, but I hope to be there. I certainly don’t want Alabama to be shut out.”

A failed 2017 gas tax increase proposal of up to 9 cents would have sent half the revenue to the state and half would have been divided 80/20 between counties and municipalities, with counties getting the larger portion.

Counties and municipalities are still negotiating a new split, Cochran said this week.Municipalities want it to be 50/50.

“The fight is going to be over city council and the county,” Rep. Chris Pringle said, R-Mobile, said. “That is what’s going to be a huge fight. It will be a question of how much of that money that goes back to the local is going to be split between the counties and to the cities.  It’s an argument over who has the greater need.”

Tony Kennon, mayor of Orange Beach said he hopes it is a good balance that spurs connectivity.

“There are a lot of country roads out there that need paving, but there’s got to be a connection between the county and their road revenues and the ability to move traffic through the unincorporated areas and have interconnectivity with the incorporated municipalities that are generating a majority of the revenue,” Kennon said. “We need to get a fair percentage and the counties need to understand it’s just not county roads that need paving.”

Some lawmakers say they’re waiting to see a bill before commenting on what they may support.

“I’m just waiting so I can put my eyes on an actual bill,” Sen. Vivian Figures, D-Mobile, said. “Of course, I’ll be looking out for my district and the entire state.”

A fight from south Alabama lawmakers over new revenue wouldn’t be a first. In 2016, they argued that the state’s nearly $700 million BP oil spill settlement money was being pulled away from Mobile and Baldwin counties to pay for state Medicaid and debt. Other lawmakers said the settlement was for the entire state and south Alabama had received other BP funds. When it was settled, the southern counties were to get about $120 million.

“They took our BP money and used it to pay off their debts,” Pringle, said.

“We’ve always been a donor county and we always pay more in gas tax money then we ever get back.”