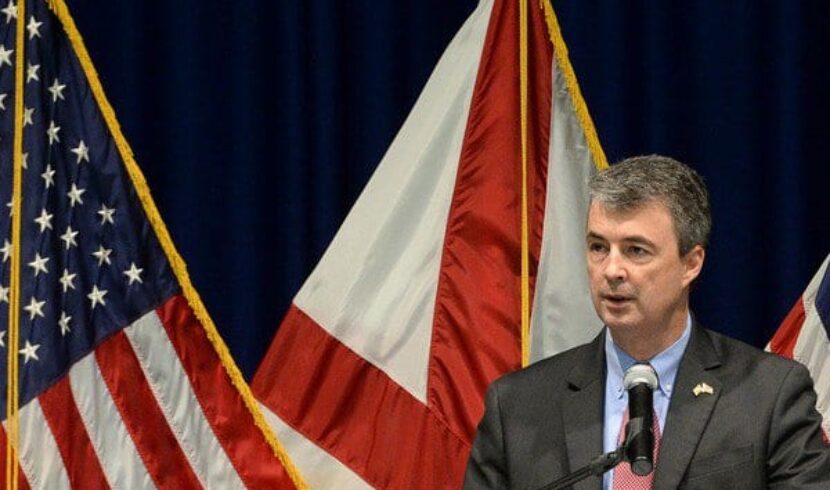 MONTGOMERY, Ala. (AP) — A week before the GOP runoff, challenger Troy King filed a complaint Monday against Alabama Attorney General Steve Marshall, saying the heavy financial support he has received from the Republican Attorneys General Association is illegal.

However, a lawyer for the Republican group called the complaint a “desperate ploy of a flailing campaign.”

The Washington D.C.-based RAGA Action Fund has given Marshall $435,000 in his campaign for attorney general, campaign finance records show. In the complaint, King called the donations “flagrant violations” of the state ban on transfers between political action committees since the attorneys general association took money from PACs before giving to Marshall.

“As Attorney General, Steve Marshall should be upholding the law, not breaking it,” King said in a statement announcing the complaint. “Campaign finance laws should apply to him, just like they apply to everyone else.”

A lawyer for the association dismissed King’s interpretation of the law.

“This complaint is a desperate ploy from a flailing campaign filed one week before the election against the wrong entity and based upon an incorrect reading of the law,” Charlie Spies said.

Since 2010, Alabama has banned transfers between political action committees that can obscure the source of a candidate’s campaign cash. However, a grand jury report, released in 2012 after complaints were filed against other elected officials, said the law couldn’t be used to prosecute transfers that occur with PACs out-of-state.

Spies said under King’s interpretation of the law, all kinds of federal PACs would be running afoul of the law every time they contributed to an Alabama race.

The Marshall campaign issued a statement saying, “We are pleased to have received support from RAGA Action Fund and trust they have complied with Alabama law.”

Ethics Commission Director Tom Albritton could not comment on the complaint, but noted that others have not found wrongdoing.

“Our commission has not formally determined the substantive issues here, but practitioners and the secretary of state’s office have said that it does not violate any laws,” Albritton wrote in an email.

Secretary of State John Merrill said Monday that the commission has the final authority to “issue guidance” on the matter and should do so.

King and Marshall face each other in the July 17 primary runoff. The winner will face Democrat Joseph Siegelman in November.