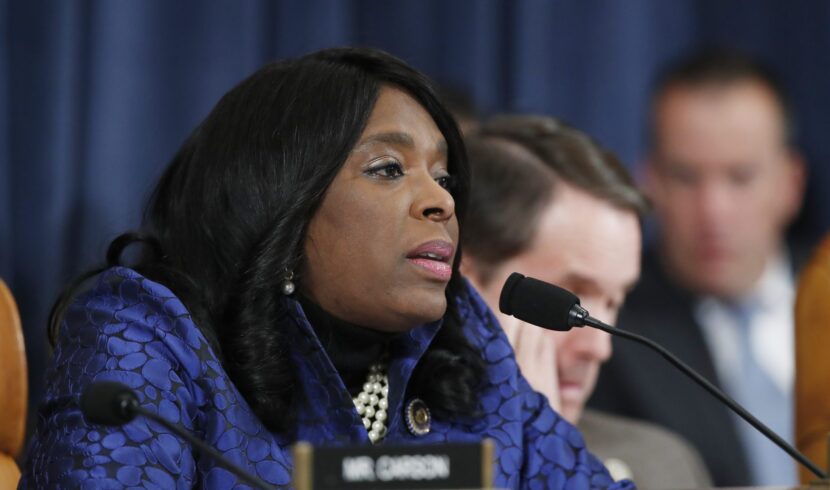 MONTGOMERY, Ala. – A provision of the massive budget proposal being considered in Congress this week would offer as many as 300,000 low-income, uninsured Alabamians tax credits to pay for health coverage.

As written, the budget also extends tax credits for the uninsured in the 12 states that have not expanded Medicaid under the Affordable Care Act, including Alabama. The White House estimates that will allow 4 million Americans to afford private insurance through the healthcare.gov exchange, including 300,000 in Alabama.

Alabama Congresswoman Terri Sewell, D-Selma, has pushed for expanded health coverage in the bill and worked with colleagues in other non-expansion states to see the provision included in the final House bill.

“Alabama has over 300,000 people that fall in that gap, where they make too much money to qualify for Medicaid, but too little to afford health insurance premiums,” Sewell said in an interview. “We just made this our No. 1 ask. In every room that I’ve sat in, whether it’s at the White House or smaller tables here in Congress, health care is just my No. 1 issue.

If enacted, the tax credits would expire after 2025. Like many provisions of the budget plan, health care tax credits had to be scaled back in scope to mollify concerns from moderate Democrats over the price tag of the bill, which has been cut in half from the original $3.5 trillion.

Early estimates show the coverage gap provision of the bill would cost more than $200 billion, but a final estimate from the Congressional Budget Office has not yet been released.

Alabamians earning from 0% to 138% of the poverty line would be offered the tax credit to purchase private health insurance for three years. That works out to between $13,000 to $18,000 in annual income for an individual and about $22,000 to $30,000 for a family of three, according to the Center for Budget and Policy Priorities.

The plan is far from final passage. House Speaker Nancy Pelosi is pushing for a vote in the House of Representatives this week, but moderate Democrats are awaiting the full CBO analysis on the true cost of the plan. Even if it does pass the House, significant changes are expected in the Senate, where Democrats cannot spare one vote amid united Republican opposition.

Sewell said she is about 70 percent confident the coverage gap provision will survive and become law at the end of the process.

“I’m betting on Speaker Pelosi being able to articulate that a majority of her caucus sees this as an important provision,” she said. “If you listen to her press conferences and statements, she talks about the coverage gap every time.”

Meanwhile, the state’s largest insurer, Blue Cross and Blue Shield of Alabama, says it is preparing for a bump in enrollment should the proposal pass.

“Blue Cross and Blue Shield of Alabama welcomes this opportunity to offer more Alabamians access to the quality, affordable health care they need and deserve,” said Sophie Martin, BCBS director of corporate communications and community relations. “We are prepared to provide our potential new customers with exceptional care and customer service to make the enrollment process as smooth as possible for them.”

While many in the health industry are pleased with the prospect of reducing the uninsured rolls, the state’s hospitals are concerned about another provision of the bill that could increase the cost of indigent care.

In something of a catch, the bill would cut the percentage the federal government pays to Disproportionate Share Hospitals in non-expansion states for providing care to uninsured patients. According to Danne Howard of the Alabama Hospital Association, the cut would start at 12% and go up from there, costing hospitals as much as $68 million annually.

“It’s like the carrot didn’t work and this is the stick,” Howard said of Congressional Democrats pushing states to expand Medicaid.

“Would enough people move on to the exchange with the subsidies to help offset that? And, remember, that’s only temporary. So without more answers about some of those things, all we can say at the moment is, if that goes into place and there’s nothing else to help provide coverage to uninsured Alabamians, then it is an unsustainable loss for hospitals.”

Howard said she is in touch with Sewell’s office to see if the DSH cut can be reduced as the bill moves forward.

What happens to those 300,000 once the tax credits run out after 2025? Some say that three years could offer the state a “bridge” to figure out how to close the coverage gap at the state level, either through Medicaid expansion or a hybrid system that includes the private sector.

Jane Adams, campaign director for Cover Alabama, which advocates for expanding Medicaid, said the temporary coverage is a “lifeline” to the state.

“The federal government is extending a temporary lifeline to our state. We believe that it is still the governor and the Legislature’s responsibility to have a permanent solution that expands health insurance for low-income Alabamians,” Adams told ADN.

“We are happy to discuss ideas for how to permanently close the coverage gap with any legislator.”

During the 2021 legislative session, state lawmakers briefly contemplated using revenue from a wide-ranging gambling bill to fund “enhanced health care services,” which most took to mean expanding Medicaid. The bill ultimately failed and it remains unclear whether another proposal might come up in the election-year session that begins in January.

Asked if the three-year coverage gap closure could offer the state some breathing room to figure out low-income health care options, a spokeswoman for Gov. Kay Ivey said she opposes the Biden plan and remains unconvinced that the state has the means to pay for Medicaid expansion.

“Governor Ivey does not believe that the way to increase access to health care is for the Democrats to continue spending money this country does not have,” spokeswoman Gina Maiola told Alabama Daily News. “This also would not change the fact that a concern we have in Alabama is the question of how to pay for it.”

For state Medicaid expansion, there are more resources than there used to be.

Under the American Rescue Plan Act enacted in March, lawmakers offered states another incentive to expand. As ADN previously reported, the state would receive an additional $940 million over a two-year span for the Alabama Medicaid Agency if it expands. That’s enough to exceed the full state cost of expanding the program for at least four years, supporters and policy groups say.

Meanwhile, advocates are preparing to educate Alabamians who might be eligible for subsidized health coverage if the bill becomes law.

“The Cover Alabama coalition, Enroll Alabama, and other partners are working to identify and communicate with all of the Alabamians who will be eligible for no-cost health insurance on January first,” Adams said.  “Right now, any individual who wants to check their eligibility for no-cost or low-cost health insurance can call 2-1-1 to schedule an appointment with an enrollment navigator.”