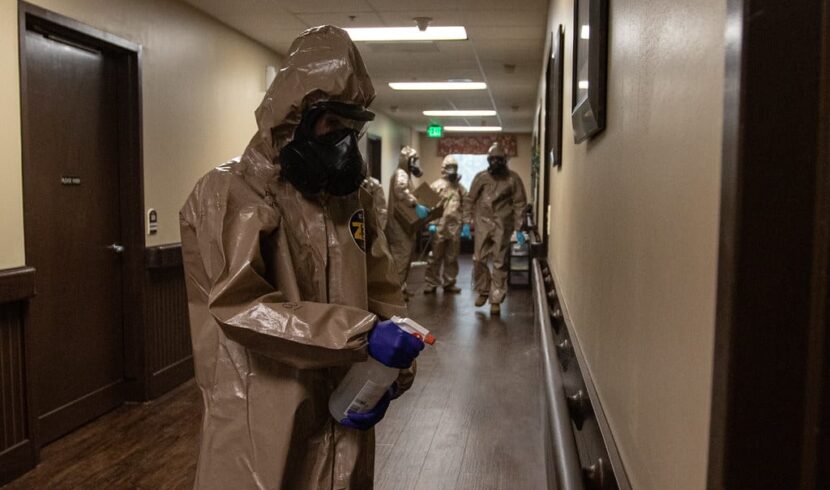 MONTGOMERY, Ala. – Alabama Veterans Affairs Commissioner Kent Davis gave an update on the state of veterans affairs services and veterans homes on Friday during an online press conference.

All 51 veteran’s affairs offices across the state are undergoing assessments to see which can open to customer services on Monday, May 4.

Davis said it will be a mix of what kind of services those offices can supply. Some will offer in-person services on an appointment basis, others only over the phone and some will be closed and customers will be referred to a neighboring county’s facility.

The Bill Nichols Veterans Home in Alexander City has been hit particularly hard with COVID-19 cases. Davis said as of Friday there are 42 active cases of the virus in the Bill Nichols home and have had 18 deaths related to COVID-19.

Since testing began on April 3 at the Bill Nichols home, there have been 85 confirmed cases among residents. Thirty nine employees have tested positive since March 30.

The Alexander City facility has about 131 residents and 200 staff members.

Because of the particularly bad outbreak in the Bill Nichols home, Davis said they were able to test everyone in the facility which was completed on April 18.

Davis said on Friday that testing at other VA homes is still only happening when individuals exhibit symptoms.

“Testing does continue to be an issue,” David said on Friday.

He said they continue to work with the Alabama Department of Public Health in securing more tests for facilities when needed.

Bob Horton, a spokesperson for Alabama’s VA department, told ADN on Friday that no other residents in VA homes in the state have tested positive for COVID-19.

Davis also said on Friday that casket burials at the Alabama State Veterans Memorial Cemetery at Spanish Fort will continue to happen but memorial services including military honor guards cannot happen right now until concerns over COVID-19 are lifted.

During the Facebook live event, Dr. Karen Landers, the assistant state health officer, also gave an update on the state of Alabama during the coronavirus pandemic.

As of Friday, around 90,000 Alabamians have been tested for COVID-19 and 7,085 have tested positive. There have also been 279 COVID-19 related deaths in Alabama.

Landers did announce on Friday that from preliminary statistics gathered by ADPH, over 2,300 people in Alabama no longer are ill or have recovered from their symptoms when an ADPH representative interviewed them.

“That’s a very good number of people who are improving regarding this illness,” Landers said.