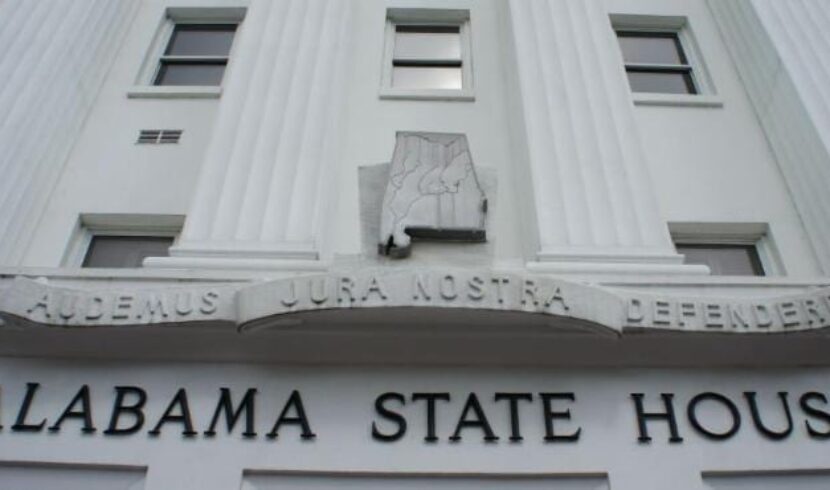 MONTGOMERY, Ala. – Citing increased usage by teens, Alabama lawmakers want to put more regulations on the sale of vaping devices and electronic cigarettes.

House Bill 41 was approved unanimously by the House Judiciary Committee on Wednesday. The bill updates the state’s definition of alternative nicotine products to include electronic cigarettes, vaporizing devices and liquids intended to be vaporized. A substitute bill adopted Wednesday added nicotine gums, mints and lozenges to that list.

“The main goal of this was to put checks and balances in place to regulate the sale of these devices to minors and to regulate the sale and advertisement of the different flavors for the devices in and around schools,” bill sponsor Rep. Shane Stringer, R-Citronelle, said during the House Judiciary Committee meeting.

The Alabama Alcoholic Beverage Control Board advised Stringer and other supporters on regulations and penalties on the nicotine sales, he said.

“(The bill) puts retailers under the direction of the ABC Board and allows them to regulate and oversee the sales of these devices, including retail training that they offer,” Stringer said.

Angi Stalnaker, governmental relations adviser for Breathe Easier Alliance of Alabama, a group of e-cigarette and vape business owners, said that law should be better enforced.

“The members of the Breathe Easier Alliance of Alabama do not sell to children, don’t market to children, we don’t believe these products should be available to children,” Stalnaker said.

She said that when school administrators or anyone else take vaping products away from minors, the police should be called.

“If we can find out who is selling to children, we can get them shut down and we can stop it,” Stalnaker said. “The problem isn’t that we need a new law, the problem is that the law that is already in existence is not being enforced.”

As originally written, the bill added a $300 annual licensing fee to retailers of tobacco and alternative nicotine products. That fee was dropped in the newer version of the bill. Selling the alternative products without a license is a Class C misdemeanor.

The bill increases the maximum penalty for retailers who sell tobacco or alternative products to minors to $300.

Another provision of the bill states that a county may not issue a new business license to a specialty retailer of alternative nicotine products if the retail business is within 1,000 feet of:

Federal law already restricts tobacco or alternative products from being sold to minors and in 2016 the U.S. Food and Drug Administration (FDA) began classifying e-cigarettes as tobacco products. Last month, the FDA proposed a new rule that would limit the sales of flavored vape sticks and e-cigarettes to age-restricted areas of convenience stores.

The rule, which allow the FDA to pull any products found to be in violation, is under review and scheduled to go into effect April 13.

Rep. Chris England, D-Tuscaloosa, asked for clarity on what the agency currently regulates.

“So the only thing we aren’t regulating right now is [vaping]?”

Rep. David Faulkner, R-Birmingham, voted for the bill in committee and said minors vaping is a “national epidemic.”

“You know this is an issue that is very near and dear to my heart and something that I wanted to get accomplished this session,” he said during the meeting.

“I hope at some point we put some money behind putting a campaign out there too so our young people can be educated about how this will impact them and there health,” she said.

Alabama Public Health Officer Scott Harris said his office wasn’t involved in the legislation, but is in favor of it.

“We support the aim of the bill, which seems to be to keep those products away from kids,” Harris said.“… I have seen information that says a significant amount of teens who vape don’t realize that there is nicotine in those products.”

The FDA this week said it has reviewed 35 reports of seizures among e-cigarettes users, mainly in young people, the Associated Press reported. Regulators stressed it’s not yet clear whether vaping is responsible. But they said they’re concerned and encouraged the public to report information about the issue.

“I saw that the FDA is looking at vaping devices causing seizures, so even they are looking at this,” Rep. Phillip Pettus, R-Green Hill, said Wednesday. “It may be down the road where we may have to do away with them or have further regulations on them because we sure don’t want to see our young people having seizures.”

According to Breathe Easier, the vaping industry is responsible for creating more than 200 new small businesses since 2012 and employees more than 2,000 people in Alabama, “all while facilitating a reduced-harm alternative for millions of adult tobacco users across the state.”

The bill now goes to the full House of Representatives where it will await a vote.