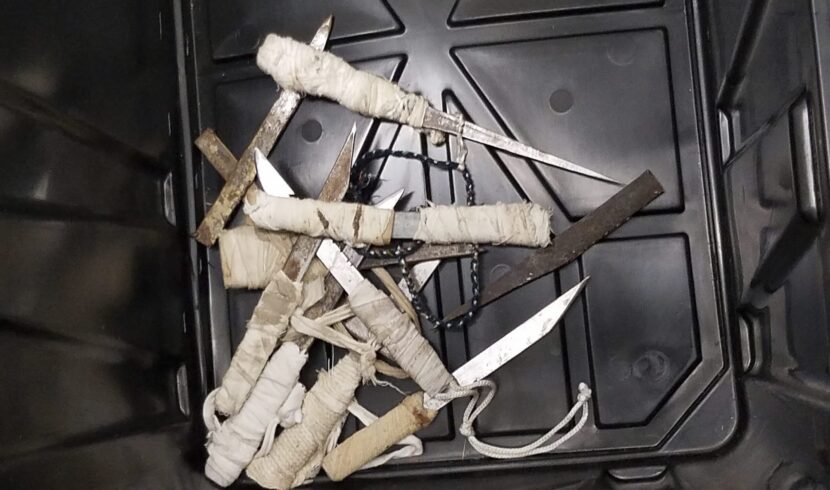 By Jeff Dunn, Commissioner of the Alabama Department of Corrections

The Alabama Department of Corrections (ADOC) is at a crossroads.

We are facing the most difficult situation ever encountered in the Department’s 40-plus year history.

Our facilities are crowded, and our buildings are falling apart. Living and working conditions are, unquestionably, not sustainable. We face staffing shortages. Instances of violence among our inmate population pose a real challenge. No one denies this, least of all me. However, Governor Ivey, my staff, and I refuse to sit back and watch these problems further take root across our system.

To make the important shift from incarcerating criminals to rehabilitating returning citizens, we must have the proper resources and capabilities in place – capabilities that do not exist in our current facilities.

To that end, one thing on which all of us – Governor Ivey, legislators, inmate advocates, journalists, and taxpayers – can and should wholeheartedly agree is that we must reimagine the correctional system in Alabama from the ground up.

We have many complex challenges, and while I will go into further detail in future op-eds, I hope after reading this piece you will understand that building new facilities has never been about brick and mortar, adding more beds as some draconian means by which the state can incarcerate more individuals, or recklessly spending taxpayer money for the benefit of private firms, as some voices of opposition may have you believe.

It is, in fact, the exact opposite.

Our plan is to redesign and rebuild a correctional system in crisis from the ground up to improve safety and security for staff and inmates alike. It is to create more desirable working conditions that attract prospective correctional officers who want to make a difference in the lives of inmates, and rehabilitate incarcerated individuals so that they may successfully reenter society and positively contribute to our world. Finally, our plan is to use the State’s money – the taxpayers’ money – in the most prudent and strategic manner possible.

It will take years of hard work to overcome the challenges we face. We are only a few short years into what will be an eight- to 10-year endeavor. Capacity, staffing, and infrastructure problems, all of which have been compounded by limited resources, took root and spread for decades before reaching the crossroad we face today. But given that 95% of our inmates will one day be released back into our communities, it is in everyone’s best interests to develop workable solutions rooted in reality, rather than ideology.

As nothing worth having comes easy – and a highly functional correctional system dedicated toward safely incarcerating and rehabilitating individuals is certainly worth having, considering the measurable benefits to our state – we need to have an honest discussion without the politics and impractical idealism about where we are, where we need to be, and why building new facilities is the only way to get there.

Over the past five years, our inmate population has become increasingly comprised of violent felons. Sentencing reform efforts have reduced the number of non-violent inmates in the ADOC, resulting in an inmate population comprised largely of inmates convicted of violent crimes such as murder, assault, and sexual assault, among others. When you have a disproportionally violent group of individuals living in close proximity and crowded conditions within aging and flawed facilities, violence is hard to prevent. Add in untreated drug addiction coupled with gang activity, and a vicious and dangerous cycle is perpetuated.

Our current correctional facilities were never designed to house the violent inmate population currently incarcerated in Alabama. When the State built these prisons four decades ago, the intent in their design was not to rehabilitate individuals – it was to warehouse criminals. More than 80% of the beds in our facilities are arranged in an open-dormitory style, which is the opposite of what is needed to safely house violent inmates and provide rehabilitative services.

These living conditions create opportunities for violence, are counterproductive to rehabilitation, and ultimately contribute to increased recidivism. Correctional professionals now understand much more about corrections and what is required to care for inmates – including providing comprehensive health care and mental health services.

Knowing new facilities alone will not solve all our challenges, we have taken many positive steps to address inmate-on-inmate violence, including facility raids (“Operation Restore Order”) to remove illegal contraband such as drugs and cell phones – the nexus of criminal activity within the correctional system. But, this does not stop the cycle as our facilities are extremely porous. Visitors bring in contraband, we regularly find it tossed over our fences and even through the US postal service. If we discover members of our staff are complicit, they are terminated, arrested, and referred to the local district attorney for prosecution.

We also recently launched a Violence Reduction Task Force, designed to eliminate incidents of excessive use-of-force, root out corruption among our staff, and provide better training and tools to monitor interactions with inmates, such as “always on” body cameras that currently are being utilized by our K9 units and are in the process of being rolled out to supervisors in pilot facilities.

In spite of the progress we’ve made, without new facilities, inmates will continue to be housed in flawed facilities with design layouts not ideal for violent offenders or for rehabilitation, and in which violence is difficult to address.

There simply is no quick fix for violence when you’re dealing with a large, violent inmate population housed in crowded, failing facilities.

Next, let’s talk about the working conditions that have resulted in staffing shortages.

When I speak to our correctional employees, they tell me how the dilapidated state of our facilities and the inherent danger of the working conditions inhibit their ability to feel safe, let alone do their job, which is – by any measure – one of the most difficult in the world.

I want you to imagine working one of the most dangerous and thankless jobs in the world, and having to do it every single day within the confines of facilities that not only are falling apart around you, but from which violent inmates routinely fashion makeshift weapons that pose a threat to your safety.

Only the bravest and toughest can do it, and all of us should be grateful to correctional workers for their sacrifices and courage. I have the utmost respect and admiration for them.

There simply is no quick fix to increase staffing when the conditions in which correctional officers are expected to work are unnecessarily dangerous.

Finally, our correctional institutions are structurally failing – as in, we shut them down because they are deemed too unsafe to operate – at a rate of approximately one every 24 months. Aside from the deferred maintenance costs alone, which have built up over decades of neglect and, frankly, are astronomical, the long-term costs to Alabama’s taxpayers to keep these aging facilities operational is unsustainable and far outweigh the costs of building new, better-designed facilities for a modern era.

Aging facilities is not a problem that will go away – in fact, it is getting worse every day.

There simply is no quick fix for failing infrastructure when we have exhausted band-aid solutions and buildings are falling apart around the people who live and work within them.

Upon being appointed as ADOC’s Commissioner, and prior to the Department of Justice releasing its findings letters summarizing the above issues within our facilities, we published our three-year Strategic Plan which outlines solution-oriented initiatives designed to address many of these challenges. Yet, without new facilities, only modest gains are possible.

The Alabama Prison Program not only will empower the true transformation of the ADOC and help define the future of our State and its communities, it also will serve as a beacon of inmate rehabilitation and correctional modernization for our entire country.

For example, the design requirements of the new correctional complexes we will build include more cells – as opposed to open dormitories – and smaller, more secure residential areas that allow for targeted, evidence-based rehabilitation. An improved facility layout will enable the creation of small communities that empower education “cohorts” focused on particular aspects of rehabilitation, whether it is GED attainment, trade or life-skill development, substance abuse treatment, or mental health treatment.

Our goal is to bring treatment professionals, educators, counselors, and religious services directly to inmates housed safely in one area to restrict unnecessary and dangerous movement, thereby reducing the potential for instances of violence. Our staff will work in safer conditions. We can finally move away from utilizing expensive, band-aid solutions that pose endless security risks.

I understand that inmates incarcerated in our state owe society a debt that must be paid, but it’s also in all our interests to provide them the best possible opportunity to rehabilitate and reenter our communities as a successful, contributing member. Our communities ultimately will be safer as a result.

This is not conjecture. These statements are not exaggerated. These are the facts. The status quo exposes our State to significant risk of relinquishing control of the Alabama’s correctional system to the federal government. I’d prefer Alabama retain control of its destiny in transforming our system, and that our communities don’t suffer the consequences of a three-judge federal panel making decisions that affect how state funding is allocated to vital programs across Alabama and potentially directing a mass release of unrehabilitated inmates.

As Governor Ivey wisely sees, the smart move – the only move – is to direct state funds toward a reimagined correctional system designed around safety, security and effective inmate rehabilitation. This brighter future – which will positively impact all of us – must begin with and cannot exist without replacing our failing facilities.

An Alabama solution to an Alabama problem.