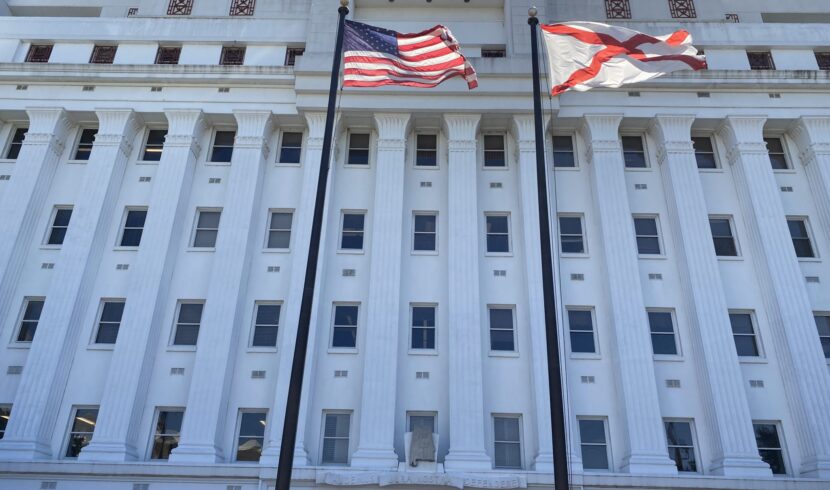 Resolution calls for Congressional action on cell phones in prisons

As the Alabama Legislature considers a massive prison construction package this week, one lawmaker is using the opportunity to push the federal government to stop cell phone service in lockups.

“Cellphones are illegal contraband in our prisons, but we cannot block (their signals),” Pringle told ADN on Monday.

Pringle and other lawmakers have said they’ve had constituents extorted by prison gangs using cell phones. They have to pay the gangs or their loved ones in prison will be assaulted. Inmates can also use cell phones to communicate with people on the outside to learn about correctional officers and their families, then blackmail the officers.

“I don’t care what new prisons you build, how much they cost, how secure they are, as long as the criminals can run their criminal activities using their cellphones out of our prisons, (the new prisons) will never be safe,” Pringle said. “And it’s the federal government that’s preventing us from securing our prisons.”

Jamming cell signals in prison has been discussed for years in Congress, but no votes have been taken, the Associated Press reported in July.

But the Federal Communications System has given prisons more options for fighting contraband phones, the AP reported in July.

The FCC rule allows prisons to identify specific contraband signals and then request carriers deactivate them.

Sen. Rodger Smitherman, D-Birmingham, on Monday filed his bill to stop the spring 2022 implementation of the third-grade holdback provision of the Alabama Literacy Act.

The same bill passed the Legislature in the regular session earlier this year, but was vetoed by Gov. Kay Ivey.

Smitherman’s effort this week isn’t likely to go far in the session that could be over by Friday, but may be a signal that he’s not giving up on the issue.

Senate Bill 4 would delay until the 2024-2025 school year schools holding back third grade students who don’t demonstrate sufficient reading skills. Smitherman in the spring argued that the COVID-19 pandemic and subsequent disruption to children’s education would mean too many children would unfairly be held back. Opponents said state leaders should wait for more testing data before making any changes to the bill.

Earlier this month, initial statewide achievement scores from spring testing showed significant and expected learning losses. No decisions on what the scores may mean for the Literacy Act requirements have been made.

A poll of Republican voters taken in August showed the law had 81% support among the GOP.

Bill would cut funding to schools with mask mandates

A bill introduced in the Alabama Legislature this week would reduce the state funding for public schools that implement mask mandates.

House Bill 11 by Rep. Andrew Sorrell, R-Muscle Shoals, would require the State Board of Education to adopt for K-12 schools COVID-19 safety protocols that do not require the wearing of masks by students.

Currently, there is no state mask requirement for K-12 schools. Gov. Kay Ivey and State Superintendent Eric Mackey have said they would rather let local school boards make that decision.

“This bill says that parents should have the right to choose whether or not their child wears a mask in a public school and I believe the parents are more qualified to make that decision than the government,” Sorrell said then.

Any school that tries to enforce a mask mandate would have its state Foundation Program funding — the state’s mechanism for paying for the basics of education — reduced by 5% the next year.

The bill is unlikely to gain traction in the quick-moving special session. It’s been assigned to the State Government Committee, which as of Wednesday morning did not have a scheduled meeting. This prison-focused special session could be over late Friday.

Sorrell is running for state auditor in 2022. The race could be one of the more competitive statewide competitions on the May 24 primary ballot. Former legislator Rusty Glover of Mobile  Kimberly pastor Stan Cooke are also running.

Republican lawmakers are using the special session to put on record their displeasure with President Joe Biden’s vaccine mandate.

Earlier this month, Biden, in an effort to slow the COVID-19 delta variant’s spread, Biden ordered vaccine requirements for as many as 100 million Americans — private-sector employees as well as health care workers and federal contractors, the Associated Press reported.

Rep. Mike Jones, R-Andalusia, filed a resolution that says the federal action “constitutes not only a significant overreach of federal executive power, but also an invasion of Americans’ medical privacy and freedom to choose the medical care that is best for their health.” The resolution also says it places “significant and onerous burdens on large private employers.”

Thirty other GOP representatives co-signed the resolution. Resolutions express opinions of the Legislature but are non-binding.