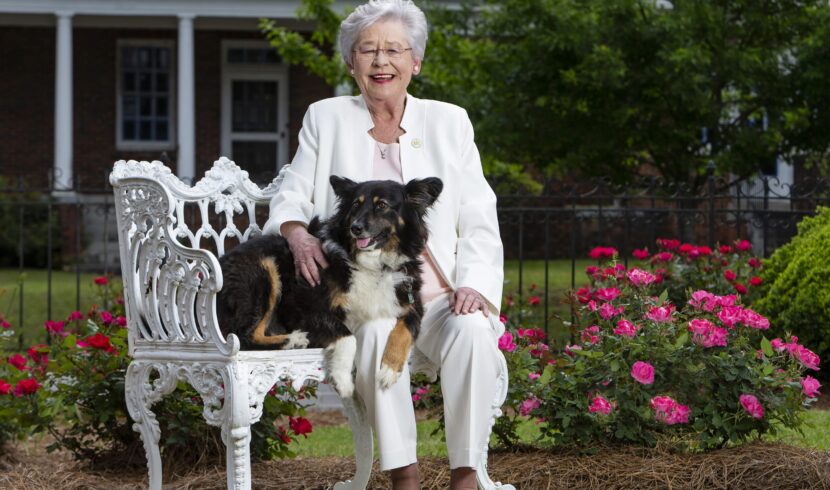 MONTGOMERY, Ala. (AP) — Alabama Gov. Kay Ivey fractured her shoulder after being tripped by the state’s “first dog,” her office said Wednesday.

Ivey spokeswoman Gina Maiola said the governor is in an arm sling after being tripped by her mixed-breed dog named Missy. The rescue pooch unintentionally tripped the governor at home Tuesday night, Ivey’s office said.

The 75-year-old Republican governor issued a statement about the injury, saying, “You’ll see me in a sling but this won’t slow me down one bit.”

“I’ll keep you posted on the recovery, but most importantly, Missy is also doing just fine.” Ivey said.
Ivey is scheduled to deliver Alabama’s annual State of the State address Tuesday night to mark the opening of the legislative session.

Last year, the governor announced that she had been diagnosed with early stage lung cancer and was being treated with radiation. Her office said in January that medical scans showed a good response to treatment and that her doctor considered her cured.