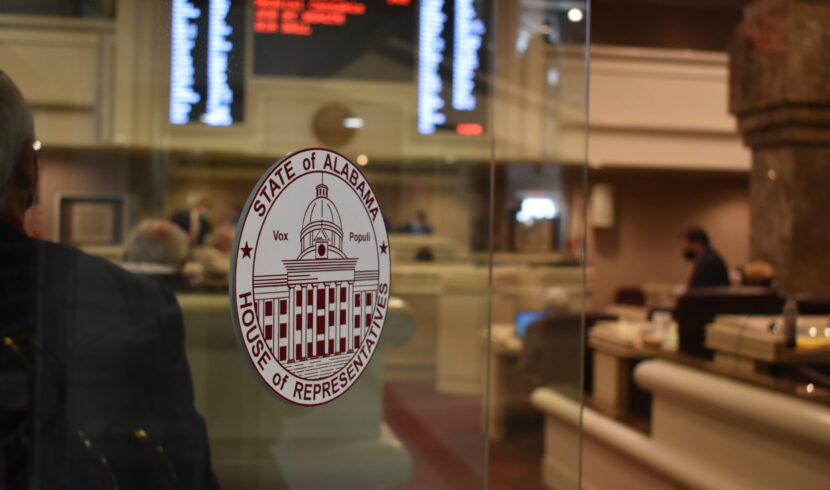 MONTGOMERY, Ala. (AP) — Alabama lawmakers advanced a bill Thursday that would ban “divisive concepts” in classroom lessons and worker training, including the idea that people should feel guilt because of their race.

The bill is part of a conservative effort to limit how race and gender are taught in classrooms and worker training session, but that Black lawmakers called an endeavor to whitewash the nation’s history.

The Alabama House of Representatives approved the bill on a 65-32 vote that largely fell along along party lines. The measure now moves to the Alabama Senate.

The bill by Republican Rep. Ed Oliver of Dadeville would prohibit a list of “divisive concepts” from being taught in schools and in diversity training for state entities. The banned concepts would include that the United States is “inherently racist or sexist” and that anyone should be asked to accept “a sense of guilt” or a need to work harder because of their race or gender.

“It is to prevent kids from being taught to hate America and hate each other,” Oliver said of his bill. He added that it’s intended to create a “nice, safe environment for kids to learn without distractions that may not be age appropriate.”

African American representatives sharply criticized the measure. They said it would limit the honest teaching of history and restrict the conversations that give a deeper understanding of race and history just because those conversations might make white people uncomfortable.

“My daughter, who is in the chamber today, how am I to explain to her the leaders of this state decided to take on an issue that is really just about erasing history and controlling what’s taught, and not being taught, in this state because a certain group of people feel bad,” said House Minority Leader Anthony Daniels, who is Black.

The list in the bill is similar to a now-repealed executive order that former President Donald Trump issued regarding training for federal employees. Similar language has since popped up in bills in more than a dozen states.

The bill bans the concepts from being discussed in K-12 schools and says they can be discussed in college classes in a larger course of academic instruction as long as students aren’t forced “to assent.”

Oliver disputed that the bill would interfere with history lessons. Lawmakers added an amendment offered by a Democratic lawmaker saying the it would not prohibit the teaching of topics or historical events in a historically accurate context.

House Republicans named passage of a classroom ban on critical race theory or other “extremist social doctrines” part of their legislative agenda in the election-year session.

The approval came after two hours of debate in which some Black lawmakers described their own experiences. Older Black lawmakers discussed growing up during segregation and the state Democratic Party chairman said he sometimes get complimented at the Statehouse for being “articulate.” Answering questions during debate, Oliver replied no when asked if he was familiar with the Middle Passage, the brutal ocean journey that carried enslaved people from Africa to the Americas.

“You bring this bill and you don’t know even know the history or care enough about it. That says a lot.” Rep. Juandalynn Givan, a Democrat from Birmingham, told Oliver.

Oliver told reporters after the vote that he understood about the transatlantic transport of slaves.

Democrats held a brief press conference after the vote in which some representatives described the bill as “dog whistle” politics.

“They talk about standing tall for Alabama but … they are standing wrong for Alabama,” Daniels said referencing the name of GOP agenda that included the bill.

Rep. Chris England, who also serves as chairman of the Alabama Democratic Party, said the proposal would discourage the conversations that advance understanding.

“This is the poster child bill for prior restraint on free speech, government telling you what you can and cannot talk about it,” England said.

Republicans voted to cut off debate after about two hours.

Steve Murray, director Alabama Department of Archives and History, said amendments to the bill — including one that removed language about how slavery should be taught — addressed some of the instructional barriers.

But he said he remains “deeply concerned about the consequences of the legislation if enacted.”

Murray said he is concerned teachers will avoid certain topics for fear of running afoul of the new law.

“It seems highly likely that many teachers, already exhausted by the pandemic and unable to afford the loss of a job, will choose the latter route. And who could blame them?” Murray wrote in an email.