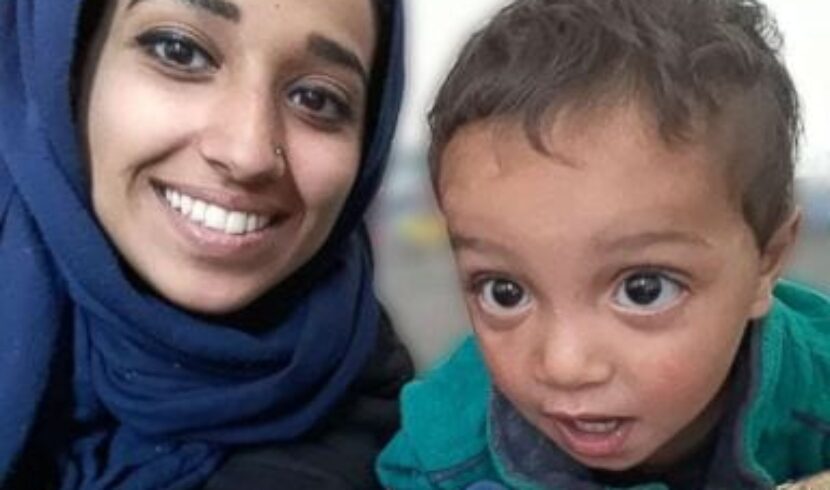 WASHINGTON (AP) — An Alabama woman who joined the Islamic State lost a first round on Monday in a legal fight to return to the U.S. with her toddler son, even as a judge seemed to support at least one argument made by her lawyer for her U.S. citizenship.

U.S. District Judge Reggie Walton denied a request for “expedited” proceedings for Hoda Muthana, whose lawyers sought to have her lawsuit litigated on an emergency schedule so she could get out of a refugee camp in Syria and back to the U.S.

Walton said Muthana’s lawyers failed to establish that the woman and her 18-month-old son face imminent danger in allied custody as the U.S. prepares to withdraw most of its forces from the fight against the Islamic State in Syria.
Secretary of State Mike Pompeo said in a radio interview that she is not a citizen, and it would be a “risk” to let her back into the United States.

“In fact, she’s a terrorist, and we shouldn’t bring back foreign terrorists to the United States of America,” Pompeo said in an interview with WOC Radio in Iowa.

Muthana, who married three Islamic State fighters during her time with the group, says she now regrets joining and wants to return to the U.S. for the sake of her child, even if that means facing criminal charges.

The U.S. has determined that the 24-year-old Muthana isn’t a citizen because her father was a Yemeni diplomat to the United Nations when she was born in New Jersey. Children of diplomats are not entitled to birthright citizenship because they and their parents aren’t subject to U.S. law.

Her lawyers argue that her father’s diplomatic status ended before her birth in October 1994 and, therefore, she was automatically a citizen. The U.S. says it wasn’t notified that his status had changed until February 1995, apparently because of a delay in reporting it by the U.N., and therefore he was still a diplomat.

The government determined her U.S. passport was issued by mistake and revoked it while she was abroad in January 2016, under President Barack Obama.

Attorney Charles Swift told Walton that diplomatic status should end when a country decides it has ended, not when the U.S. gets around to recognizing it. Otherwise it would create a scenario in which a person could commit a crime and be protected by diplomatic immunity even after the sponsoring country had revoked the status. He suggested a hostile country could use this uncertainty to commit espionage.

The judge called this a “valid argument,” but did not indicate how he would rule on overall question of her citizenship.
Swift later told reporters he was “very encouraged” by this response and expects a decision in the case as early as this summer. “The judge’s comments certainly foreshadow the ultimate outcome of this case,” he said.