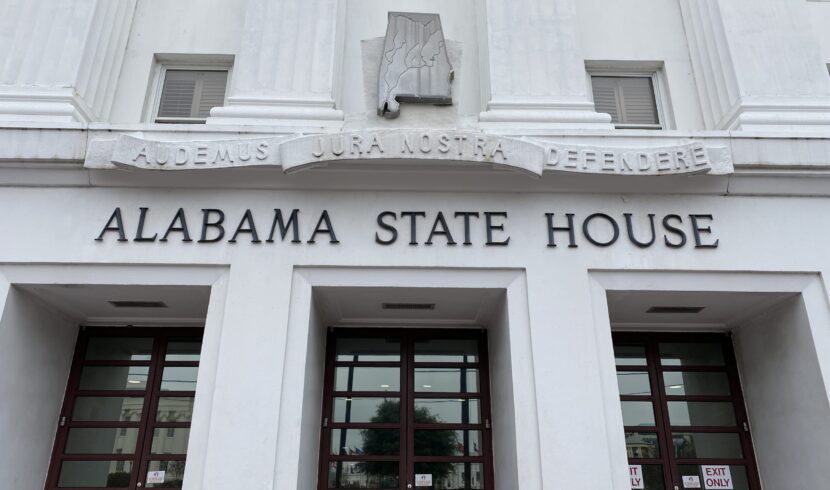 MONTGOMERY, Ala. – Renewed efforts to eliminate the state’s sales tax on groceries has been gaining support in the Alabama Legislature, but some are still concerned about how to replace the loss of revenue — nearly $500 million a year —  in the Education Trust Fund.

So far, there are several grocery tax-ending proposals in the State House.

A constitutional amendment from Sen. Andrew Jones, R-Gadsden, would eliminate the state sales tax on groceries and offset that loss with a cap on Alabamians’ federal income tax deductions on state income taxes.

“It was important to me to have a revenue-neutral proposal that did not result in a loss to our education budget,” Jones said in a press release.

Senate Bill 144 would allow individuals to take a federal income tax deduction of up to $6,000 and married couples filing jointly to deduct up to $12,000. A person who makes less than $58,300 would still be able to make their full federal deduction, Jones said.

Jones said that his bill would especially help low-income families who are hurt the most from the grocery tax.

“Our blue-collar Alabamians will not only get to avoid paying taxes on groceries, they will also not pay a dime more in income taxes,” Jones said.

Sen. Clyde Chambliss, R-Prattville, said he is working on creating his own legislation to eliminate the grocery tax, but hasn’t settled on a way to make up for the lost revenue.

“I’ve got a lot of people who have contacted me, both Republican and Democrat, from all walks of life saying that we need to do this,” Chambliss said. “The devil in the details is, how do you replace that revenue?”

Rep. Andrew Sorrell, R-Muscle Shoals, said with the state’s two budgets being in good fiscal shape, this would be the perfect time to eliminate the grocery tax.

“Alabama has $800 million more dollars in our budgets this year than we did last year,” Sorrell said. “With revenue at an all-time high, why can’t we cut taxes a little bit and join the other 38 states that have reduced or eliminated the grocery tax.”

Sorrell also has his own bill, House Bill 131, that would phase out the grocery tax over a 20-year period without replacing the revenue.

“My bill phases the tax out in 20 equal portions over 20 years,” Sorrell said. “In other words, we would only be decreasing Education Trust Fund revenues by $15 million in the first year of implementation of my bill…in a year where we have an extra $400 million in the budget.”

The advocacy group Alabama Arise has for years encouraged lawmakers to untax groceries and end the federal income tax deduction, which only two other states offer to the extent Alabama does. Ending the deduction altogether would add $719 million to state coffers, according to Arise.

Alabama is one of three states with no tax breaks on groceries. Combining the state’s 4% sales tax with local taxes can drive the total tax rate to 10 or 11% in some areas of the state.

Jones told Alabama Daily News that his bill would not affect local counties or municipalities’ own sales tax on groceries.

Eliminating or reducing sales taxes on groceries has been attempted by Alabama lawmakers for more than a decade, but concerns over how to replace the lost revenue source have always stopped the bills from passing.

“It’s always been a Democratic issue dating back to former Rep. John Knight, but I think the people of Alabama themselves are really interested in seeing some relief,” House Minority Leader Anthony Daniels, D-Huntsville, told ADN.

“For me as a leader, there are issues that we certainly care deeply about … it doesn’t matter whether it’s a Democratic or Republican issue, it’s an Alabama issue,” Daniels said.

But GOP State House leadership said they are wary to fully support any proposal just yet.

“As I said in the past, you could talk about that, but it’s right at $500 million that goes to education, so where is the trade off?” Marsh said. “We’ve heard the possible federal income tax deduction, so hey, we’re open for the discussion as long as there’s a replacement to it.”

Rep. Barbara Boyd, D-Anniston, said she likes the idea behind Jones’ bill but still expects there to be opposition to it.

“I would go for whatever it would take, even if it would mean some more reductions to the claims, but usually those who have the most are the ones probably who will have opposition,” Boyd said.

Rep. Bill Poole, R-Tuscaloosa, is the House Education Ways and Means chair and said he is still considering the various proposals and is open to more discussion.

“Everybody would like to do it but the question is, how do you do it without, in-balancing all of the related stakeholder interest,” Poole said. “So I think that conversation will continue as it has over a period of time.”

Rep. A. J. McCampbell, D-Demopolis, wouldn’t say if he supports Jones’ bill but does want to see the grocery tax eliminated.