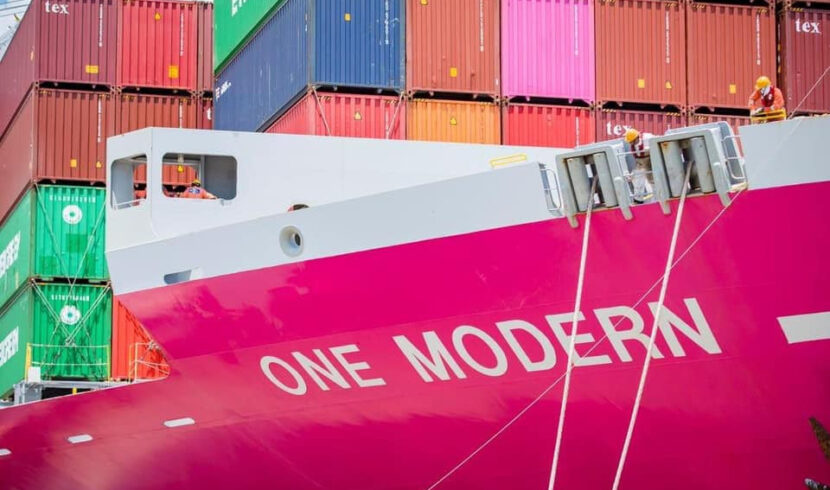 Container traffic is up more than 10% above 2021 numbers at APM Terminals in Mobile and headed for a record-breaking year, according to the Alabama Port Authority.

About 364,687 twenty-foot equivalent units or TEUs, a container measurement unit, have been moved to date. If the current pace continues, the terminal could break 500,000 TEUs up to six weeks before it did last year.

“Our container volumes continue to grow because APM Terminals’ operations provide fluidity and reliability shippers can count on,” Port Authority Director and CEO John C. Driscoll said in a written statement. “With the terminal’s efficiency and options for cargo delivery via rail or interstate, the Port of Mobile is reducing shippers’ landed costs.”

The authority also said intermodal rail moves in August were up 125% over 2021 and refrigerated cargo was up 15.9%. Those follow July’s record as the busiest month for containerized cargo in the history of the terminal.

The terminal will expand its capabilities when an expansion is complete in 2025.

“As one of the newest, most modern container terminals in the United States, APM Terminals is proud to partner with the Port of Mobile to deliver for the State of Alabama, the region, and the world,” Brian Harold, managing director at APM Terminals Mobile, said in a statement.

Separately, the authority has two major projects in the works for 2025: a channel deepening and widening that will allow for larger vessels in Mobile and a new inland intermodal facility in Montgomery.