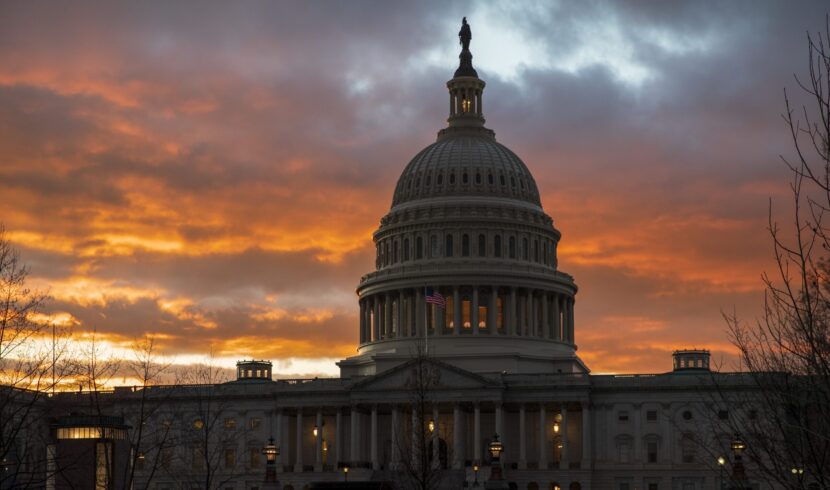 WASHINGTON (AP) — The fast-moving coronavirus upending every facet of American life is testing whether Washington, a capital city fractured by years of bitter partisanship and inaction, can still do big things.

Not since the Great Recession of 2008, and before that the Sept. 11 attacks of 2001, has the federal government attempted to mount such an ambitious response to an emergency, and so quickly. The country’s once-revered, now often maligned institutions — from the White House to Congress to the Federal Reserve — are being summoned into action to shoulder the lift.

It starts with a massive $1 trillion rescue package that includes sending $1,000 checks to Americans, with a goal of pushing it through Congress and onto President Donald Trump’s desk in a matter of days.

What Washington’s leaders do, or fail to do, will shape the road ahead for millions of anxious Americans who are suddenly facing a deeply uncertain future.

“The consequences of inaction are tremendous,” said Sara Binder, a professor at George Washington University and scholar the Brookings Institution. “For both parties.”

Washington, particularly Congress, hasn’t done big things for a long time, ground down by partisan infighting, polarizing extremes and an increasingly skeptical public. The erosion of trust in government and civic institutions has sapped the energy to, as Trump asked, “go big.”

When Washington has tackled major policy endeavors in recent years, it’s often been along party lines.

President Barack Obama’s landmark health care legislation passed Congress in 2010 with only Democratic votes. In 2017, Republicans muscled through a sweeping tax cut for the wealthiest Americans and big businesses with only GOP support. Late last year, the Democratic House voted to impeach Trump, while the Republican Senate voted to acquit.

The result: Trump and House Speaker Nancy Pelosi don’t talk much anymore, and Pelosi and McConnell talk only as needed.

Trump has deepened the toxicity, bashing Pelosi and other congressional leaders with cruel nicknames and publicly humiliating members of his own party who stray. Republicans, who were once skeptical and uncomfortable with Trump as their party leader, now rally around him with near unanimity, resigned to his stranglehold on the same voters they need to back their own political campaigns.

But in this moment, Trump needs more than just Republicans. He’s relying on the leaders of both major political parties — and them on each other — to confront one of the most difficult tasks any of them has faced in public office.

Lawmakers in both parties declared this week that Washington is indeed up to the challenge. Crises tend to bring out the muscle memory.

“History shows Congress has the capacity to step up and do big things,” said Sen. Chris Murphy, D-Conn. He said there were glimmers of activity as senators — from both parties — are now talking to each other more.

“There’s a deep sense of our responsibility here,” Murphy continued. “There’s a sense we have an increased obligation because the executive branch is not going to be able to handle this by themselves. We’ve got to be the adults in the federal government.”

“We won two world wars, we can do this,” said Graham. “It’s not hard to do. It’s just expensive.”

There is indeed a palpable sense of urgency at both ends of Pennsylvania Avenue. Senate Majority Leader Mitch McConnell vowed “warp speed” on the White House’s $1 trillion request and Pelosi tapped her chairmen to get to work on their priorities.

“The Congress has an enormous role to play in responding to this challenge,” McConnell said as he opened the chamber Wednesday. Even as the rest of Washington emptied out, and businesses around the country closed down, McConnell declared the Senate would stay in town as long as it takes: “We aren’t leaving until we deliver.”

It was a dramatic shift for McConnell, who relishes his “Grim Reaper” moniker for having turned the Senate into a legislative graveyard, burying bills from Pelosi’s House.

Even as late as Friday, he’d cut senators loose for the weekend. McConnell and Supreme Court Justice Brett Kavanaugh, whom McConnell helped confirm to the high court after hearings that focused on sexual misconduct allegations, flew to the senator’s home state of Kentucky for a reception for another rising, if controversial judicial star. All the while, an initial aid package passed by the House idled.

The Senate did overwhelmingly pass the measure on Wednesday, sending the $100 billion package of sick pay and food aid to the president’s desk. Meantime, negotiations deepened over the next, larger round of rescue money.

The dynamics between the White House, McConnell’s Senate and Pelosi’s House are delicate at best. Not only are the two chambers often at odds, but Republican senators can find themselves out of step with Trump, whose personal ideology is fluid and frequently lands on the outskirts of what was once Republican orthodoxy.

That’s sometimes left Pelosi to negotiate with the Trump administration, as she did last week. At McConnell’s behest, it was the Democratic leader who produced an initial deal with Treasury Secretary Steven Mnuchin.

One person Pelosi didn’t speak with during the negotiations? The president.

Mnuchin and Pelosi were talking again, on the phone late Wednesday.

In the cases of 9/11 and the Great Recession, divided government in Washington moved with great speed, passing emergency appropriations and tax rebates. Lawmakers and the administration were fueled by a sense of national urgency, and the knowledge that failure could cost them politically.

President George W. Bush sent $300 checks to Americans after the 2001 attacks and created an entirely new government entity, the Department of Homeland Security.

As the country plunged into recession, Congress hesitated for a crucial few days as the stock market nosedived before approving the $700 billion bank bailout in 2008.

A few months later, after Obama’s inauguration, Congress muscled through the American Recovery and Reinvestment Act, carrying an initial price tag of $787 billion, on a nearly party-line vote. That’s several hundred billion dollars smaller than what the White House is seeking now — and both parties acknowledge there will almost certainly be more spending to come.

The steps Washington took left toxic hangover for both parties, a lingering unease that someone other than ordinary Americans were benefiting. A new generation of Republicans, declaring themselves the “tea party” swept into office vowing to control government spending, while liberal Democrats deepened their disdain for the excesses of Wall Street, an industry that had flourished after its taxpayer bailouts.

Even as Congress appears to be barreling toward more massive spending, there were those this week trying to raise some alarms.

“Right now, the plan around here is basically to just to start shoveling money out of a helicopter,” scoffed Sen. Ben Sasse, R-Neb., in a speech on the Senate floor. He urged a better way.

Yet most lawmakers appeared ready to press forward, well aware that the details of the package are only part of what the public is watching for. They have to show Washington can work.

“Both sides know that the public expects us to do something,” said veteran Rep. Mike Simpson, R-Idaho. “Or there’s going to be hell to pay.”