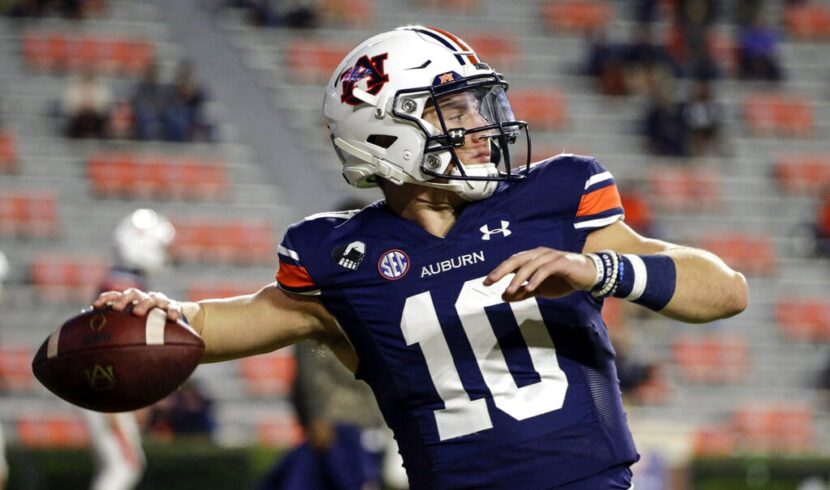 ORLANDO, Fla. (AP) — It’s been a whirlwind three weeks for Auburn, given longtime coach Gus Malzahn getting fired on Dec. 13, new coach Bryan Harsin being introduced 11 days later, several players opting out of the Citrus Bowl and the Tigers hurriedly trying to prepare for a showdown against a stout Northwestern defense.

The dizzying stretch, Auburn offensive coordinator Chad Morris said with a shrug and a sigh, has been something of a microcosm of how the unpredictable and disappointing 2020 season has gone for the Tigers (6-4).

“It’s kind of been the norm. It’s what we have had to deal with all year long,” said Morris, who will work alongside interim head coach and defensive coordinator Kevin Steele in Friday’s game at Camping World Stadium. “You don’t know one day to the next or one game to the next who is going to be out there with all the uncertainties that we’ve had to deal with. So really, it’s business as usual.”

No. 15 Northwestern (6-2, No. 14 CFP) has had no such instability issues, with its veteran-laden roster and coach Pat Fitzgerald, who led the Wildcats to the Big 10 Conference championship game for a second time in three seasons.

However, that latest title game appearance — a 22-10 loss to Ohio State in which Trey Sermon carved up the Wildcats’ vaunted defense for 331 rushing yards — didn’t go so well. Northwestern, which rallied in each of its first three victories of the season, is seeking another bounce-back performance to end the season on a high note.

“The Big 10 championship game we hope is an anomaly because we had some guys not execute the fundamentals and techniques that we believe in here,” said Fitzgerald, who has dedicated the Citrus Bowl to his defensive coordinator, 73-year-old Mike Hankwitz, who is set to retire after 51 seasons of college coaching. “Really, I’m not going to sugarcoat it — I was incredibly disappointed in our performance in the front seven against Ohio State. But there are some things we can fix in getting ready for this game.”

Malzahn, the fifth-winningest coach in Auburn history, was fired a day after the Tigers beat Mississippi State in the regular-season finale. A combined record of 8-17 against Southeastern Conference rivals Alabama, LSU and Georgia and seven consecutive seasons with at least four losses likely played major roles in the ouster of Malzahn, who was still owed $21.45 million on the seven-year deal he inked in 2017.

Enter Harsin, who won 69 games and three Mountain West titles in seven seasons at Boise State. Harsin won’t coach on Friday, but in recent days he has monitored Auburn’s coaching staff from afar and has held video meetings with several of the Tigers’ key players.

“The bowl game is at the forefront of our minds and it’s important to not let this one slip by you and not be too worried about the future,” said sophomore quarterback Bo Nix, who has spoken with Harsin. “We’re focused on this game and what we have to do to win and after we can worry about next year.”

It’s unclear how much of the Auburn team that was once 5-2 interim coach Steele will have at his disposal against Northwestern. Steele, who was 9-36 as head coach at Baylor from 1999-2002, said his team found out Thursday morning — just hours before leaving for Orlando — that an unidentified player had tested positive for COVID-19 and would not be available. Standout running back Tank Bigsby is questionable because of injuries, while wideout Anthony Schwartz, safety Jamien Sherwood and defensive back Christian Tutt opted out because of either injuries or hopes of avoiding them ahead of the NFL draft.

Yet another day of uncertainty for an Auburn team that has been through plenty of upheaval in recent weeks.

“These guys have been very, very resilient,” said Steele, whose defense surrendered 23.7 points and 400.9 yards per game this season. “They have gained experience that will pay dividends for the rest of their life. They are finishers, they are fighters and they are true Auburn men. That’s kind of what this group is.”