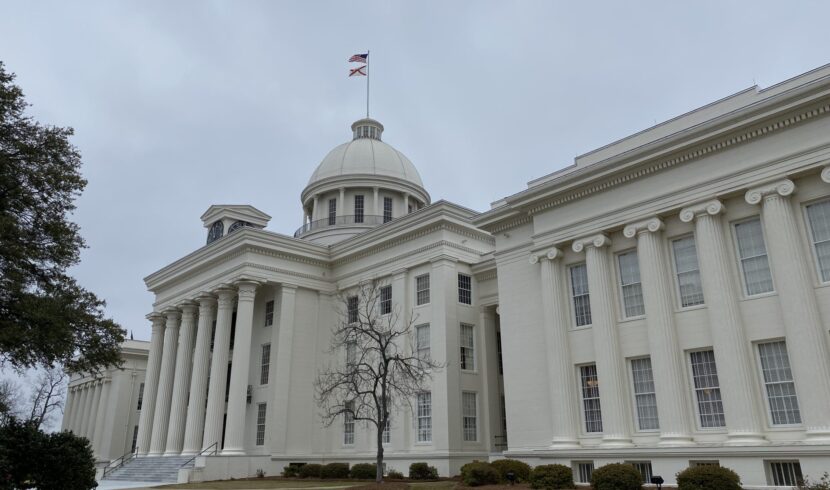 The Republican nominations for four statewide races were on the ballot Tuesday, along with a constitutional amendment to fund improvements at state parks and historical sites.

Here is a rundown on key races:

Zeigler was barred from running again as auditor by term limits, and Allen served nearly a decade as probate judge in Pike County. Neither could get above the 50% vote threshold in a race that also included Ed Packard, who worked in the secretary of state’s elections division for nearly 25 years, and Christian Horn, a GOP activist and business owner from Madison County.

None of the four candidates raised major complaints about election problems in Alabama, which is controlled by Republicans and voted heavily for President Donald Trump in 2020. But all talked about measures needed to tighten election security, an issue popularized among conservatives by Trump’s false claims that the 2020 election was stolen by President Joe Biden.

Alabama Attorney General Steve Marshall easily defeated a Republican primary opponent and now has a good chance at reelection as he seeks a second four-year term as the state’s leading law enforcement official.

First appointed in 2017, Marshall turned back a challenge from Harry Bartlett Still III, an attorney from Daphne.
Marshall will face Democratic nominee Wendell Major, police chief in the Birmingham-area city of Tarrant, in November. No Democrat holds statewide office in the heavily Republican state.

Marshall, who previously served as district attorney in Marshall County, regularly opposes initiatives launched by Democratic President Joe Biden including vaccination requirements for COVID-19 and federal policies along the border with Mexico, and he testified against the nomination of now-Justice Ketanji Brown Jackson to the U.S. Supreme Court.

Still argued that corruption is rampant in state government and that the agency overseeing police standards and training in the state needs to be reorganized to increase public trust in law enforcement. He also supported replacing Alabama’s heavily amended Constitution, passed in 1901 to ensure white supremacy.

Attorney Greg Cook, who portrayed himself as a “Trump-tough” Republican, won his party’s nomination for an open seat on Alabama’s Supreme Court by defeating Debra Jones, a judge who shot a gun in a tough-talking campaign commercial.
Cook will now be a heavy favorite over Democrat Anita L. Kelly in November to keep the state’s highest court in all Republican hands.

The race is for the Place 5 seat held by Justice Mike Bolin, a Republican who is retiring.

Cook campaigned in part on his Republican credentials and Christian faith. He was a Trump delegate and represented conservative interests in the 2000 presidential recount contest in Florida between Al Gore and President George W. Bush. Cook’s campaign resume also featured his longtime church membership and leadership.

Jones released a commercial late in the campaign boasting of her support for Trump, her short stature — “She’s 5 feet of concrete” — and a case in which she sentenced a person convicted of child molestation to more than 1,000 years in prison. The spot showed her firing a handgun and saying the only reason she didn’t put the person “under the jail” was “the liberals” wouldn’t let her.

State Rep. Andrew Sorrell of Muscle Shoals advanced to a runoff against one of two other candidates in the race for the GOP nomination for state auditor.

Sorrell led balloting, but it was too early to say whether Stan Cooke, a pastor from Kimberly, or Rusty Glover, a former history teacher from Semmes who served in the state Senate, to advance to the June 21 vote.

Winning the Republican nomination is tantamount to election because no Democrat qualified to run for auditor.

Candidates for auditor typically emphasize the importance of keeping track of state property, but all three Republicans talked about election security in the era of false claims about a stolen presidential vote in 2020 because the auditor has a role in selecting county registrar boards.

Copying false claims by former President Donald Trump, Cooke’s campaign website said Alabama must get ahead of Democrats before they “try and steal our elections as they did in Pennsylvania, Arizona, and even our neighbor to the east, Georgia.”

The incumbent, Jim Zeigler, could not seek reelection after serving two terms and is running for secretary of state.

Voters approved a measure to let the state go into debt for $85 million in bonds to spruce up Alabama’s state parks and historical sites.

The remaining $5 million will go to the Alabama Historical Commission for acquiring, renovating and maintaining historical parks across the state. The agency wouldn’t be allowed to use the money at Confederate Memorial Park in Marbury. The park is funded by a tax that was originally intended for needy Confederate veterans.