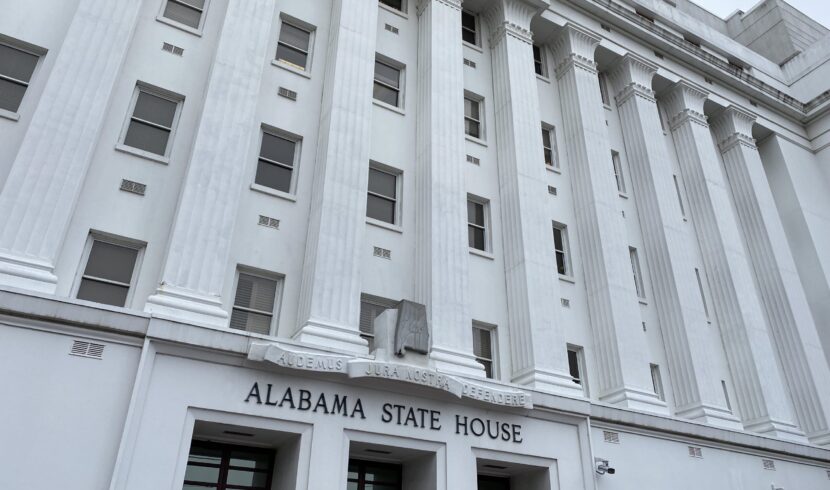 Alabama K-12 schools and colleges could receive about $282 million this year separate from the state education budget or any federal relief money flowing to them.

Senate Bill 193 allocates money through the state’s Advancement and Technology Fund, which can be spent on one-time purchases in tech, capital improvements and a few other select expenses. The proposal that passed the Senate distributes nearly $76.3 million to higher education institutions and nearly $206 million to K-12.

For the smallest school systems, it’s several hundred thousand dollars. Mobile County, the state’s largest K-12 system, would get $14.8 million. Every school’s proposed allocation is listed in the bill approved by the Senate and now in the House. Schools would receive the money this summer.

While K-12 schools, colleges and universities are expected to get more than $4 billion total between three rounds of federal COVID-19 relief, the Advancement and Technology Fund can be spent in ways the federal money can’t and is still critical to schools.

“There are a few expenditure allowances by this fund that are not allowed by the recent release of federal dollars to help with COVID-19,” said Ryan Hollingsworth, executive director of School Superintendents of Alabama.

Those areas include transportation, repairs and deferred maintenance and school security measures.

“(Security) is a critical area that must be addressed on an annual basis to keep our students and staff safe and is a very high priority for superintendents,” Hollingsworth said.

Meanwhile, about 81% of the cost of transportation for a school district is covered by the state in the education budget, the rest comes from systems’ local funding, Hollingsworth said.

Maintenance is an ongoing cost, especially in older schools.

“While the bond issue approved during the last legislative session was a tremendous help and greatly appreciated by superintendents, it did not allow us to address all the needed repairs or issues that arise from year to year,” Hollingsworth said. “Another issue related to repairs are the very high cost for projects due to material cost and labor shortages.”

The Advancement and Technology Fund has been around since the creation of the Rolling Reserve Act 10 years ago. The act caps spending each year based on previous years’ revenue — not revenue estimates for the upcoming year. Some of that excess money goes back to schools in the form of Technology and Advancement Fund dollars allocated each year. The fund is never guaranteed and amounts have varied.

But 2021 and 2022 spending and revenue, largely because of COVID-19, won’t hit that cap, meaning there won’t be significant deposits into the fund. So, lawmakers are proposing splitting 50/50 available revenue between this year and in 2022.

“The Advancement and Technology Fund is not a reliable revenue stream for schools and colleges,” said Senate Bill 193 sponsor Sen. Arthur Orr, R-Decatur. “And we did not want to go from a couple hundred million one year to $0, and that’s what we were looking at in 2022.”

“That gives us a cushion in fiscal 2022 if needed,” Orr said. “If the virus rears its ugly head again in the fall or winter, having that Advancement and Technology Fund to shore up the budget if we needed to gives us a lot more flexibility.”

Sally Smith, executive director of the School Boards Association of Alabama, praised the plan to spread the available funds over two years.

“No one knows exactly what next year’s budget will look like, so it’s better to be conservative,” Smith said. “But that doesn’t mean that the money’s not important and needed. One of the big differences when you compare the uses of funding is we can use it for insuring facilities, we can use it on buses, there are broader definitions of technology and certainly school safety. Those are all key areas.”

Lawmakers took a similar path last year, only allocating about half the available funds and saving the rest. The bill will soon be in the House education budget committee chaired by Rep. Bill Poole, R-Tuscaloosa.

Poole said there’s now a historically large balance in the fund. He said his committee will consider the Senate proposal and he sees “a great deal of logic” in continued caution in spending.

“I think the logic is in light of the federal funds that are coming available and continued uncertainty relative to the pandemic, to hold some of those Advancement and Technology Funds back so that they will be available next year,” Poole said.

The legislation says the Alabama State Department of Education must approve K-12 systems’ spending of the funds. Money not spent this year can be carried forward.

In the latest Congressional package, Alabama K-12 alone is expected to get about $2 billion. Poole said it is a “substantial concern” of lawmakers to identify the various funding flowing to institutions and coordinating federal funds “in concert rather than in duplication of state funds.”

Lawmakers return to Montgomery and the second half of the 2021 legislative session today.