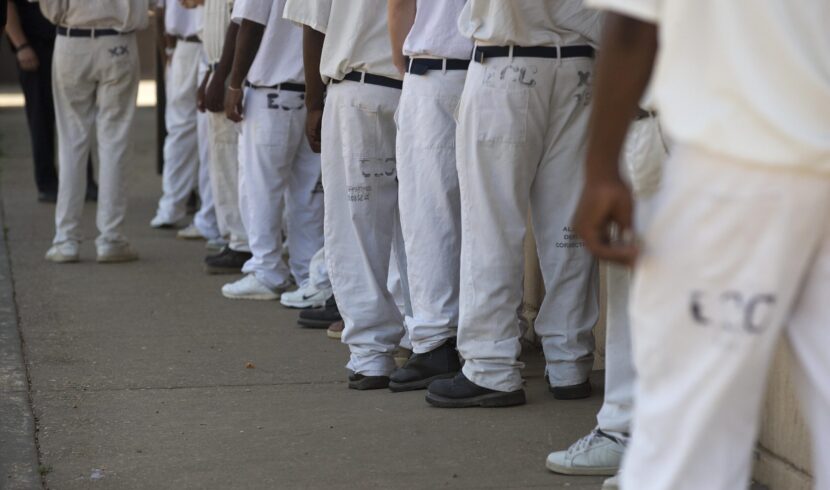 MONTGOMERY, Ala. (AP) — Alabama will soon allow people with past convictions for certain low-level crimes to apply to have their records wiped clean, under a bill passed by the Alabama Legislature and signed into law by Gov. Kay Ivey.

The bill called the Record Expungement Designed to Enhance Employment and Eliminate Recidivism Act — or the REDEEMER Act — would allow people with certain nonviolent misdemeanor convictions to apply to have their records expunged if they have met a variety of conditions.

Sen. Linda Coleman-Madison, the sponsor of the bill, said it will help people who made a mistake in their past move forward and “pull themselves up” in their life.

“It’s going to give people a second chance. That’s all people are asking for. They’ve served their time. They’ve learned their lesson, and they are not going back there,” Coleman-Madison, D-Birmingham, said.

Alabama current expungement program allows people to apply for expungement only if the charge was dismissed or they were found not guilty. The new law will allow people with convictions for nonviolent misdemeanor, municipal ordinance and minor traffic offenses to apply to have their records expunged provided they meet required conditions. Those conditions include having completed probation and paying all fines. Violent crimes, sex offenses and major traffic convictions would not be eligible for expungement.

It is not immediately clear how many people will be eligible, but Coleman-Madison estimated that it will impact thousands.

Rep. Chris England, D-Tuscaloosa, said convictions for crimes such as marijuana possession “continue to haunt people as they get their lives back in order.”

“It’s a bill that is going to help a lot of people get a second chance to make a first impression,” he said.

“If you can prove you were a victim rather than a willing participant that can be expunged,” Coleman-Madison said.

The granting of the expungement is not automatic. It would be up to a judge to decide whether the conviction should be cleared. Coleman-Madison urged people to consult with an attorney to see if they are eligible.

Prosecutors and other law enforcement officials would still have access to the records. Records will also be made available to the Department of Human Resources for the purpose of investigation or assessment in order to protect children or vulnerable adults.

The bill passed the Senate without a dissenting vote. The House of Representatives approved the measure by a 57-38 vote.

The bill take effect in July.

Coleman-Madison said she has heard from people from all walks of life who are being held back by something in their past.

She said a registered nurse told her about losing her job during a company transition — when employees had to reapply for their jobs — because her husband had her arrested during an argument.

She said long-ago convictions often serve as a glass ceiling of sorts, hindering people as they apply for jobs and promotions.

“I run into people every day almost, or hear somebody complaining about the fact that there is something on their record that prevented them from getting a job or moving up into another position. It is just always a barrier,” Coleman-Madison said.