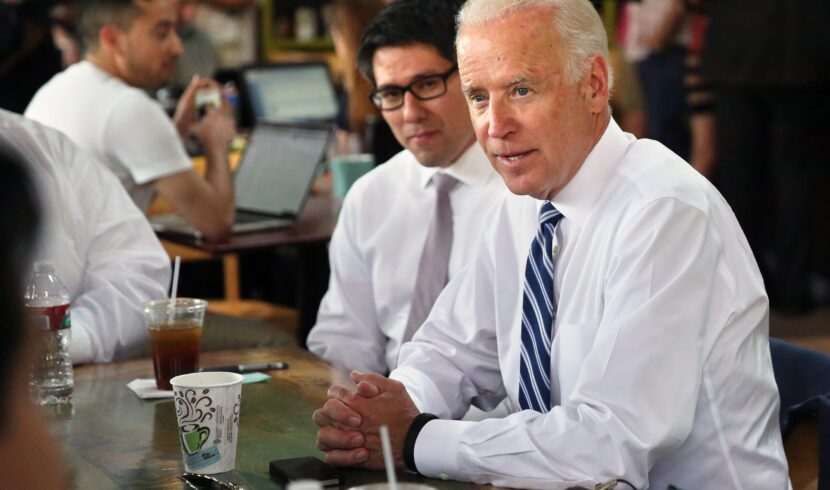 ATLANTA (AP) — The presidential politics calendar turned to 2020 nearly a year ago. This week, the actual date catches up. What we’re watching as the preseason closes and election year opens:

The ups, downs and swerves of 2019 yielded a stable top slate. Former Vice President Joe Biden leads most national polls of Democratic primary voters, with Sens. Bernie Sanders of Vermont and Elizabeth Warren of Massachusetts within striking distance. Yet in the first caucus state of Iowa and the first primary state of New Hampshire, there’s a jumble of Biden, Sanders, Warren and Mayor Pete Buttigieg of South Bend, Indiana. At first glance, it’s a clean choice: Biden and Buttigieg hail from the center-left; Warren and Sanders come from the progressive left. Reality is more layered. All four have weaknesses within Democrats’ diverse electorate; each makes a different case for carrying the banner against President Donald Trump, who is now impeached but a near certainty to survive a Senate trial. If that’s not enough indecision, several wildcards — including two billionaires — still hope to scramble the contest.

Money: Who can (sort of) compete with Michael Bloomberg’s wallet?

The fourth-quarter fundraising period ends Tuesday. Warren and Sanders set the early curve for grassroots donations, outpacing Buttigieg and Biden, who tap traditional deep-pocketed contributors in addition to online donors. Now those small-donor juggernauts must compete with former New York Mayor Michael Bloomberg, who’s used a share of his estimated $50 billion personal fortune to blanket television and digital advertising and build an expansive staff in Super Tuesday states. For his rivals, it’s not so much about keeping up; Bloomberg can easily outspend every other campaign, including that of fellow billionaire Tom Steyer. But there’s only so much television time for sale, and if Warren and Sanders want to plow big money into Super Tuesday, especially the expensive television markets of California, they’ll need as much cash as possible ahead of time. Biden, meanwhile, has already secured his best fundraising quarter (a relative comparison for a candidate who’s lagged other top-tier contenders). The question is whether Biden’s “best” mollifies establishment Democrats who waved red flags when he reported having less than $9 million on hand at September’s end.

The year-end deadline is critical for New Jersey Sen. Cory Booker as he reaches for relevance. The last of two African American candidates (along with former Massachusetts Gov. Deval Patrick), Booker made a do-or-die money appeal in September, and it worked. But it’ll take more than scraping by to fund the turnaround he envisions: a surprise finish in overwhelmingly white Iowa to kick-start a dramatic rise in more diverse primary states that follow (Barack Obama’s 2008 path). Campaigns that hit big fundraising numbers tend to leak that news before Federal Election Commission filings are due. Candidates with bad news tend to wait. So, it bears watching how Booker’s team plays it to start January.

Is Amy Klobuchar being overlooked in Iowa?

Those previously mentioned Iowa and New Hampshire jumbles omit Amy Klobuchar. But the Minnesota senator is plugging away in both states. She just hit her 99th Iowa county (that’s all of them), demonstrating her effort to use complex caucus rules that can reward candidates with a wide geographic footprint. Notably, Klobuchar’s strategy tracks Biden. Both aim for a more consistent appeal across 1,679 precincts than Warren, Sanders and Buttigieg muster on Feb. 3. The question becomes how many precincts give both Biden and Klobuchar the minimum 15% support required to count toward delegates. Anyone who doesn’t hit that viability mark drops from subsequent ballots, their backers going up for grabs. Biden’s Iowa hopes depend in part on picking up moderates on realignment votes (read: Klobuchar and Buttigieg supporters). If Klobuchar is as strong as she hopes to be, she could turn that strategy around on Biden, driving him below viability and attracting his supporters on later ballots. Biden returns to Iowa this week for another bus tour, though not as lengthy as his eight-day jaunt after Thanksgiving.

Is Sanders a true contender this time?

Sanders lost the 2016 nomination because of Hillary Clinton’s advantage among non-white Democrats. Since then, Sanders has deepened his ties among Latinos, African Americans and other non-whites. Warren and Buttigieg are still chasing that success. Sanders’ advisers believe the senator is well-positioned to challenge Biden among non-whites if he’s able to build early momentum in New Hampshire and Iowa, where Sanders will spend New Year’s Eve. If they’re right, that would open avenues to delegates Sanders didn’t get in 2016.

The president has never been popular judged in a vacuum. In 2016, he won GOP primaries with pluralities and lost the general election popular vote. As president, he’s never reached majority job approval in Gallup’s polling. But he’s still hovering in the 40s, not far from where his immediate predecessors were 11 months before winning second terms. Impeachment proceedings haven’t affected Trump’s standing. Meanwhile, the same Democratic-run House that impeached him approved his new North America trade pact. Top-line economic numbers shine, even if the on-ground reality is uneven. And Trump could be on the cusp of a peace deal in Afghanistan after the Taliban ruling council on Sunday agreed to a temporary cease-fire. As frenetic as Trump’s messaging is, he proved in 2016 that he relishes framing binary choices for voters, and he’s more than convinced he has a case in 2020.

Most voters are just tuning into a presidential race that’s raged for a year. They’ll find a Democratic contest featuring stark options on policy and personality, but lacking an undisputed favorite. Candidates are navigating primary politics: dancing along the progressive-liberal-moderate spectrum and carefully choosing when to go after each other. At the same time, Trump dominates the 2020 narrative, a fact demonstrated most recently as Biden spent two days talking about whether he’d testify in a Senate trial on Trump’s removal from office. It’s untidy enough for Trump’s reelection campaign to boast confidence and some Democrats to fret openly. History suggests, however, that all observers should respect the volatility. Indeed, incumbent presidents are difficult to beat. (Eight out of the last 11 who sought reelection won). But when they do lose, it’s nearly always to a challenger who emerged from the opposition party’s messy, even chaotic primary. Democrats’ chaos is just getting warmed up.